There’s even more insurmountable evidence that we should just pack up all the teens and send them off to a deserted island until they become respectable human beings. The New York Times is now reporting that teens’ usage of electronic cigarettes has disturbingly doubled over the past year.

New figures released from the teen research department at the CDC said one in 10 high school students have fooled around with e-cigs, presumably while waiting for a table at their neighborhood Chili’s. Three percent of teens said they “smoked” a ciggy within the last month and, in total, nearly two million middle and high schoolers experimented with the hastily crafted mouth fedoras in 2012.

All but a handful of states allow the vaporized nicotine puffing stick to be sold to minors. The long-term health effects of the e-cigs remains unclear even though they are less harmful compared to traditional cigarettes. And since their popularity continues to climb, the FDA is expected to soon regulate the industry.

The rise in teens’ usage prompted a keen observation from the CDC. “This is really taking off among kids,” remarked Dr. Thomas Frieden to the Times.

We eagerly await the department’s observations regarding teens’ pernicious use of Tumblr next. 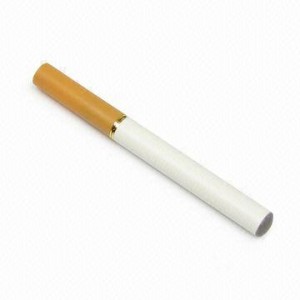