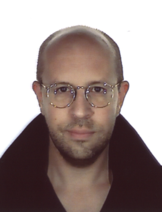 Everyone’s favorite German art periodical, Texte zur Kunst, announced that it has tapped Philipp Ekardt to be its new editor in chief and Hanna Magauer to serve as its new editor. (Thanks to Artforum for pointing us to the news.)

Mr. Ekardt earned his art history Ph.D. at Yale, and has completed graduate work in comparative literature and art history. Ms. Magauer has her master’s degree in art history from Humboldt-Universität Berlin.

If you haven’t picked up TzK‘s September issue yet, head over to its website to have a look. A still from Chris Marker’s 1982 film Sans soleil is on the cover.