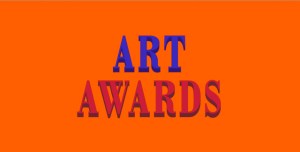 The Rob Pruitt Art Awards will return this year for either its third (according to its web site) or fourth (according to Gavin Brown’s Enterprise, the gallery that represents Mr. Pruitt) iteration. The Rob Pruitt Art Awards are either an actual award ceremony or a mocking performance celebrating the year in art and modeled after industry award shows like the Oscars. (Or maybe it’s both of those things at the same time.) The winners will be announced in the December issue of Art in America.

You can vote here for the best in the following categories since September 2012:

Artist of the Year

Exhibition Outside of the US

Solo Show of the Year, Gallery

Solo Show of the Year, Museum

Group Show of the Year, Gallery

Group Show of the Year, Museum

Alternative Project of the Year

New Artist of the Year

Art Fair Booth of the Year

Museum Catalog of the Year

Artist Book of the Year

If all this makes you a little uncomfortable–aren’t the piles of money that circulate among the elite art world award enough?–remember that every single moment of your life since you entered the dark cavern of despair that is existence has been some kind of popularity contest in which you have either received a firm and demeaning pat on the back by someone more powerful than you or an invitation to kneel at the foot of superiority and lick its cloven hoof.  Anyway, consider this blog post my official submission in the Blogger or Critic of the Year award. Best of luck to everybody!