The imminent optics this afternoon of Republican Gov. Chris Christie marching through the urban streets of Orange with Essex County Executive Joe DiVincenzo and Orange Mayor Dwayne Warren in the legislative district of Speaker Sheila Oliver (D-34) will make a symbolic statement, at least by the reckoning of political insiders.

DiVincenzo doesn’t need Oliver to get what he wants in Trenton.

He can pick up the phone and call Christie – not that the option didn’t exist before, and not that he didn’t regularly exercise that option.

But after a brow-mopping tramp through Orange at Christie’s hip, DiVincenzo can gamble even more comfortably that he can lean that much more fervently on the governor when he needs him, even as George Norcross III (South Jersey) and state Sen. Nick Sacco (D-32) divide the legislative side of the state capitol between them.

Sources today say short of some unforeseen implosion on the Democratic Party landscape, Assemblyman Vincent Prieto (D-32), Sacco’s political protégé, now occupies the best position to succeed Oliver as speaker on the signal from Norcross to cut the deal with Sacco around DiVincenzo.

“For Norcross, Sacco is now DiVincenzo,” a source told PolitickerNJ.com.

And for DiVincenzo, Christie is Christie, the man whose dominant will still causes the GOP caucuses to line up in virtual lockstep with what he wants, adding their ranks to those handfuls of dedicated Democratic Party Christie loyalists whenever Christie needs a few spare votes for a majority, state Sen. Brian P. Stack and DiVincenzo acolyte state Sen. M. Teresa Ruiz (D-29) among them.

Elected with some heavy lifting financial help from the Communications Workers of America (CWA), Warren trudging through the streets of his home town in happy acquiescence of the eminence who overhauled public sector pensions and benefits, fills out the picture of the shift of the house of Essex under DiVincenzo rule: away from a fractured delegation, into the very personal proximity of the governor.

At least one Oliver source says the political landscape remains fluid, and no one can consider anything done in the way of leadership until after the people have spoken.

But the power players already are, sources say, and in the Essex executive’s case the scenery in Orange spells volumes.

Prior to heading to Orange, Christie and DiVincenzo made sure to hit another sweet spot on their Essex campaign trail: the Codey Arena in West Orange, where hundreds of Essex seniors were present on senior wellness day.

DiVincenzo named the Codey Arena after Essex’s own former Gov. Dick Codey, who he famously didn’t back for the senate presidency in 2009.

On Oct. 8, the Essex County Executive’s Office has a scheduled dedication of a new conference center, to be named after Oliver. 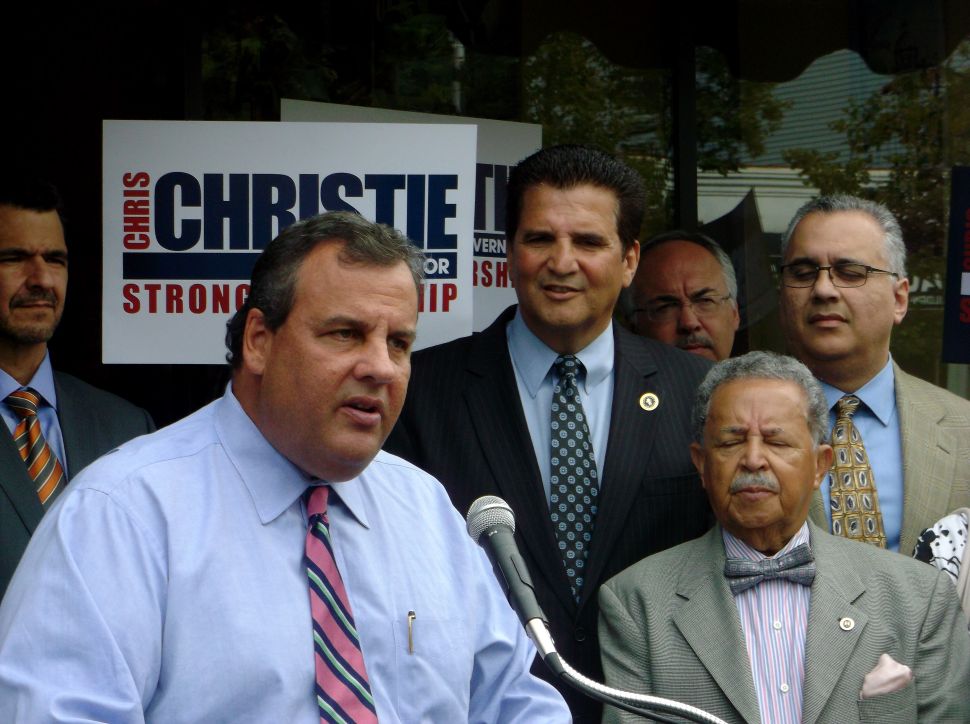