If Sunday’s Diane von Furstenberg show is any indication, March should brace itself for a bolt of energy and an onslaught of gold lamé shorts. DVF’s spring offering featured plenty of crop tops, bright red jumpers and checkered prints, as well as variations of the designer’s classic wrap dress.

The CFDA president sprinkled her show with high profile models like Karlie Kloss, Joan Smalls, Karen Elson and style icon Naomi Campbell—who was chased by applause as she walked the runway in the collection’s final look (a black and gold shift dress). Ms. von Furstenberg told Elle that the collection aimed to create “something of beauty and serenity, like an oasis.” The models, she said, were meant to be islands unto themselves.

The Observer was one of the 1,000 to take in the estival event, but it takes more than a crowd to complete a show. 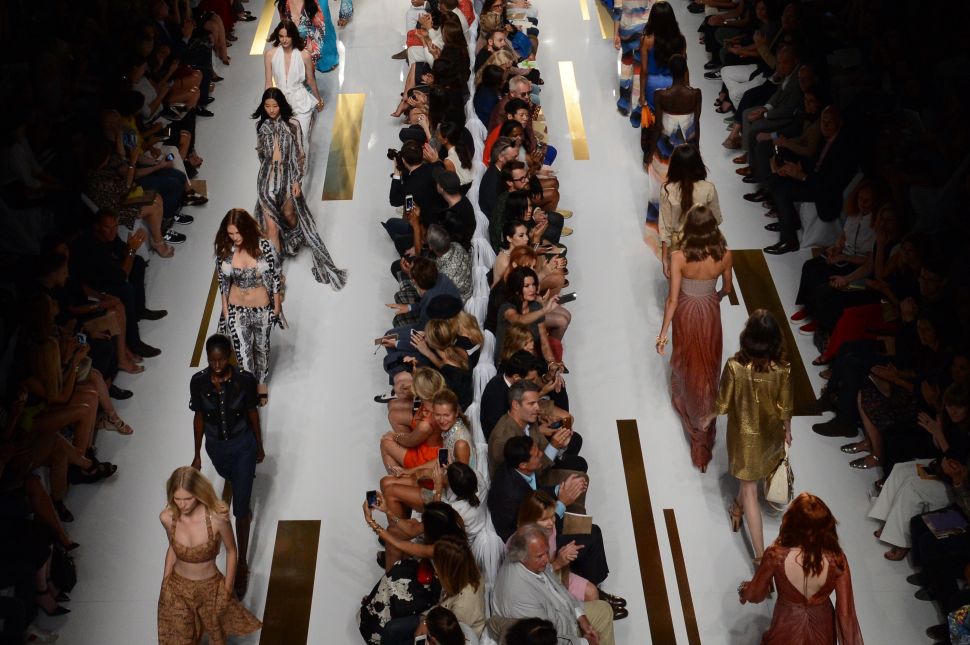