Anthony Weiner dipped his toe back into the mayor’s race this morning, reflecting on Bill Thompson’s decision to stick it out for a possible runoff election

Mr. Weiner was referring to the 2005 Democratic primary, when he decided to bow out of the race before all the votes were counted and the possibility remained that Freddy Ferrer would fall below the 40 percent threshold needed to avoid an automatic runoff.

In the end, Mr. Ferrer did get more than 40 percent, but Mr. Weiner’s decision–which at the time was unprecedented–sparked legal questions and led to the rewriting of city rules to provide a three day window for candidates to concede a runoff, sometimes dubbed the “Weiner Rule.”

As Mr. Weiner explained it at a June forum, “[W]hen primary night came and it seemed like me and Fernando Ferrer were going to be in a runoff, I took a step back and said I would, I would do anything rather than divide the city, and threw my weight behind Fernando Ferrer,” he said, according to Capital New York.

But Mr. Weiner’s decision then didn’t leave everyone satisfied, providing perhaps a glimpse into the potential pressures facing Mr. Thompson as he weighs a similar decision.

“New York City firefighters don’t quit. We don’t believe in quitters,” lamented Steve Cassidy, president of the firefighters’ union, which had taken risk by endorsing him in 2005, and was apparently pleased that he bowed out, according to the Daily News. Mr. Cassidy endorsed Mr. Thompson this year, as has Mr. Ferrer

So far, Mr. Thompson has given no indication he intends to concede the race, telling reporters last night that “the votes should be counted” and “that people should be heard” even as the Democratic establishment and even some of his backers rally around Mr. de Blasio.

Mr. Weiner’s advice? Mr. Thompson should make his decision “quick” or “else it looks forced,” he wrote in a subsequent tweet.

The Board of Elections is beginning its re-canvassing process today and is expected to begin counting tens of thousands of paper ballots on Monday.

Mr. de Blasio currently has 40.3 percent of the vote. 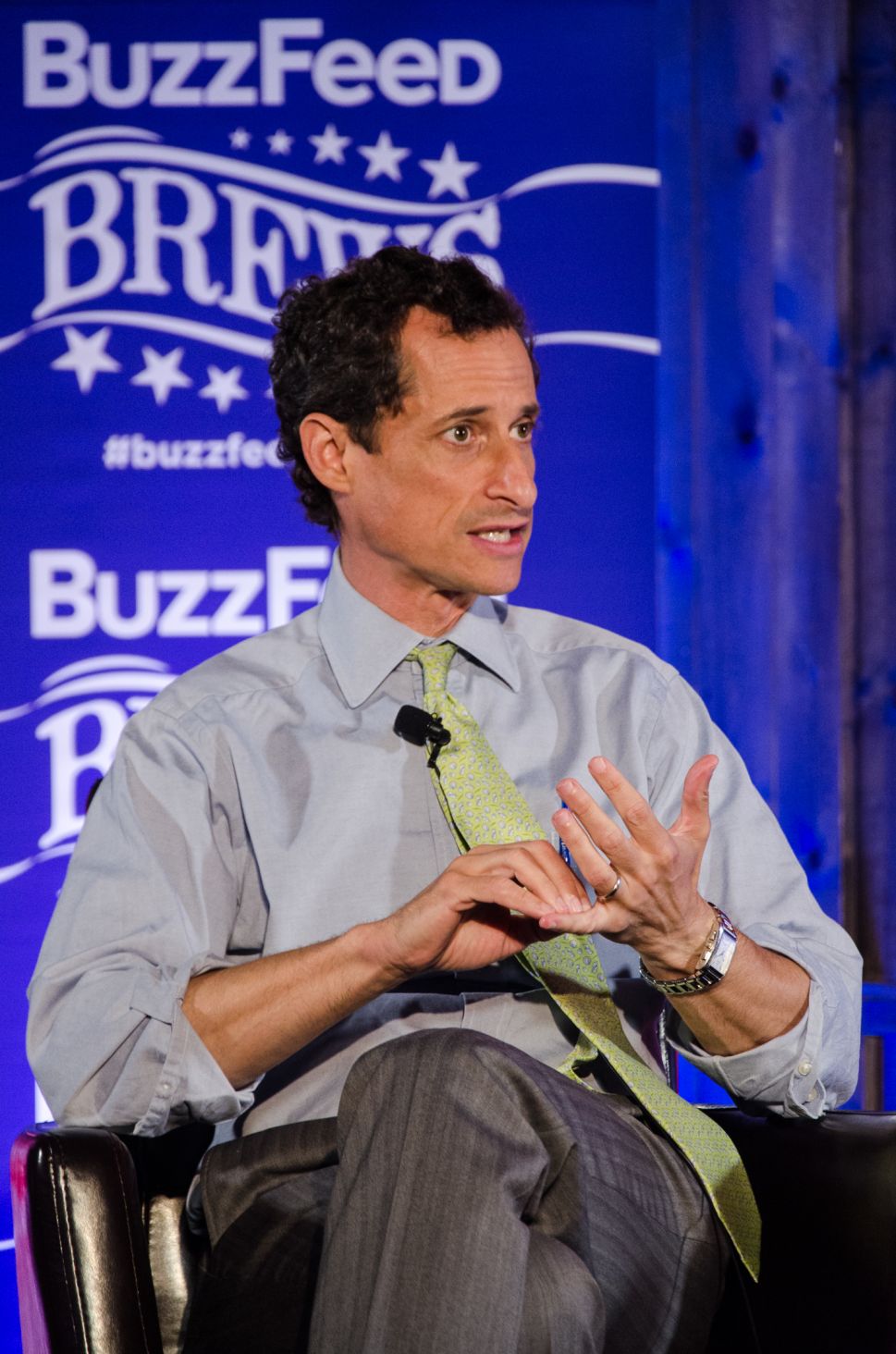