Firefighters from several municipalities worked through the night to bring the raging boardwalk fire under control.  Sad that we all know exactly who Anthony Weiner is, but none of us knows the name of any of the guys who risked their lives throughout the day yesterday.

The assistant U.S. Attorney with the name straight out of a Dickens novel was nominated by Gov. Chris Christie as the new Bergen County prosecutor.  Grewal’s standing could change quickly if another imbroglio develops between Christie and the Senate.

The veteran District 2 Democrat is up 12 points over challenger Frank Balles, according to a new poll.  Whelan’s district is a target for Republicans, who hope Balles, a proven vote getter in Atlantic County when he ran for sheriff, can knock off Whelan with a little help from Christie’s coattails.

Allegations of – we’ll call them embellishments – by the Newark mayor are piling up as the media digs into his repertoire of stories about the mean streets of Newark, but it doesn’t seem to matter as a recent poll has the celebrity mayor up  by 35 points in his Senate race.  The continued questions over the veracity of his stories does hold a lesson, however, for politicians who want to jump to the big time.

The South Jersey Democrat who many think is on track for a 2017 gubernatorial bid raised $250k from his union brothers and sisters at an L.A. fundraiser this week.

She was tapped to succeed Assemblyman Albert Coutinho (See below) as the acting Assembly representative and to appear on the November ballot.

The governor once again dominated the week, most notably with a poll showing his approval rating at 66 percent.  The poll showed what politicos have been buzzing about since the beginning of the year. Christie is vulnerable on taxes and the economy but nobody has yet found a way to exploit that vulnerability.  Christie also went up with the first television ad of the general election, once again highlighting opponent Barbara Buono’s money woes.

The well-liked assemblyman resigned this week and pleaded guilty to writing checks to himself from his family foundation.  He’s done as a public servant but if he’s lucky he’ll stay out of jail.  The conga-line of corruption continues.

The Rahway mayor resigned this week and while we don’t know the circumstances, we do know he was found guilty in municipal court of soliciting a parking lot donation from a Birdsall engineering representative, apparently to help pay off another fine for campaign finance reporting violations.

No, he’s not from Jersey, but he did give the Jersey salute to a group of reporters as he drove away from his concession speech and into, hopefully, obscurity.

If the Newark drug dealer who allegedly once threatened the life of Cory Booker does exist, he’s gonna be pissed so many people are dragging his good name through the mud.

The guy who set the fire

The boardwalk in Seaside has been labeled a crime scene, pretty standard practice in a massive fire like that.  But if the blaze is ruled arson, God help the person who set it.

Just watch.  No explanation necessary, though there was some debate here at W&L central. I mean, he’s not going to strip clubs anymore. 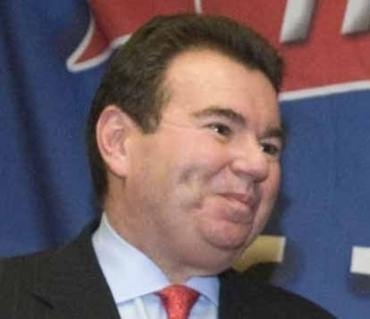