He flexed his muscles by holding court in Bayonne, trying to make it look like Achilles trampling his chariot over the last bastion of Democratic Party support for state Sen. Barbara Buono (D-18). The governor also had Essex County Executive Joe DiVincenzo and Mayor Cory Booker on campaign duty in neighboring Essex. Oh, and a Quinnipiac poll put him up 64-30% over Buono.

A bust of a BuzzFeed story put a Cheshire cat grin on the face of the U.S. Senate nominee as he indulged questions on a meaningless topic while his opponent, former Bogota Mayor Steve Lonegan, twisted on the end of Trenk DiPasquale. Not to be outdone by Christie, the ultimate chess player using live bodies in the Democratic Party bullpen, Booker also threw some guy named Deval Patrick into the state as a stand in while he hobnobbed with Matt Damon.

The optics out of Essex County suggest the Hudson Assemblyman from LD 32 has the speakership locked up, a trade in for Sheila Oliver from North Jersey to balance Senate President Steve Sweeney’s (D-3) South Jersey dominance.

No, don’t laugh. We didn’t know who he was either until this week. But the guy made it out of here a winner. He’s the governor of Massachusetts, by the way, to all you parochial naysayers. He’s an establishment Democrat, and because he doesn’t have to stay in New Jersey, he can stay a Democrat, which apparently is what he wants.

Voters in the three Hunterdon County communities voted overwhelmingly (86%-14%) to merge their four school districts together Tuesday, creating one k-12 district. Advocates believe that the change could be a model for other small districts to come together across the state, and the 6-1 landslide gives that credence.

The Franklin Township (Gloucester County) deputy mayor and candidate respectively took aim at opponents Lou Gonzalez, Sheryl Neely and Ed Leopardi for what they called a “smear campaign.” But instead of naming Lou Gonzalez, the ad named his brother Lee, a police sergeant killed during a routine traffic stop 18 years ago by Robert “Mudman” Simon.

This is a race right now dominated by ebb and flow, but Team Van Drew took a shot in the mouth after a newspaper ad sponsored by the senator misled voters as to the ethics status of his running mate, Assemblyman Nelson Albano. In the ad that ran in a South Jersey paper this week, Van Drew said he and his running mates were gratified that the Joint Committee on Ethical Standards found no fault with Albano’s actions during a much publicized traffic stop, even though the committee has not dismissed the case and will continue to investigate, taking it up again at a later date.

There was the Quinnipiac Poll. Then there was the blink and you’ve missed it press conference with Massachusetts Gov. Deval Patrick at Rutgers, Buono’s alma mater. And anyway, what good is Patrick if you can’t get the pen-ben-irritated PBA to back you?

In an attempt to get their man off federal hacking charges, the defense team in the Felix Roque trial heaped ignominy on Hudson, calling it a shark’s tank of corruption and doing a good job of exposing the chicanery and hackery overt here, starting with Freeholder Jose Munoz’s appearance on the stand. You halfway expected Azzarello and McDonald to be handing out shower passes at the end of their sludge fest. But there’s still substantial evidence against Roque to give the prosecution confidence heading toward a jury’s verdict. 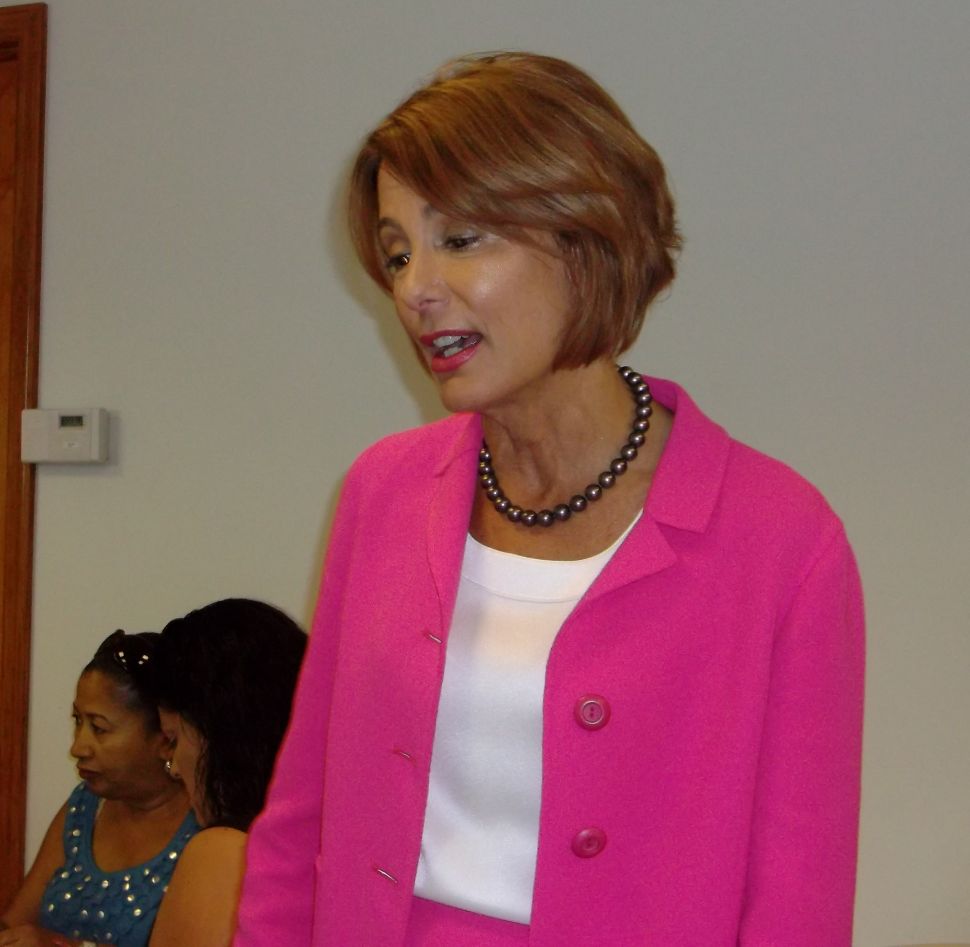