We hesitated to put him on the Winners list. It was a tough call, in fact. For over ten years, New Jersey’s senator from Hudson County was able to walk around with near impunity on the issues as he parried many a foreign policy query with the same declaration, “I voted against the war in Iraq.” Those days have now ended, as Menendez led the legislative charge on behalf of President Barack Obama to bomb Syrian military targets. Only time will tell if Menendez’s effort to shepherd an aye resolution out of the Foreign Relations committee will prove as politically beneficial as did Menendez’s nay vote on Iraq. But this week, at least, it was a win. The President wanted it done, and Menendez delivered.

One of Menendez’s closest senior advisors, Elkis (pictured, above, with Menendez) received an award from the U.S. States Senate Committee on Rules and Administration for 30 years of public service as an advisor to New Jersey’s U.S. Senators. “Karin may have worked for a number of U.S. Senators and other top New Jersey officials, but throughout her career she has primarily been serving the people of New Jersey,” said Menendez. “Her political acumen, knowledge of government and tremendous energy have made Karin known to many people in New Jersey as a dynamo of tireless commitment to public service. I am but one of many public officials who have been honored to work with her, and I’m glad she’s on my team. I couldn’t be more proud to congratulate Karin Elkis on her 30 years of service in the United States Senate.”

There are those local arguments that Councilman Tim Occhipinti’s entrance into the mayor’s race hurts Zimmer. He’s a 4th Ward brand from the suburbs who can cut into her base and boost Assemblyman Ruben Ramos’s chances of solidifying his base. We don’t buy it. A three-person race and no run-off election solidifies the advantage for the incumbent.

Finally, someone takes the heat off of the Assembly nominee as Hudson County Freeholder Jose Munoz is crowned king of recorders. Reports this week identified Munoz as someone who has worked as a cooperating witness for the FBI since 2011. That’s long before Garcia started walking around with a microphone and insinuating diner conversation.

Anyone who questioned Gov. Chris Christie’s sincerity when he talks about building bipartisan bridges can certainly rest easy now that the suave GOP partner at Mercury Public Affairs – Christie’s key political advisor – helped pluck Democrat Menendez’s Mike Soliman out of the public sector to widen his range of influence.

The smooth state director of Menendez’s office landed a job at Mercury. Soliman will join the firm as a managing director beginning Sept. 17.

We doubt a New Jersey politician has ever been compared to Mother Teresa in print (and no, we don’t consider those press releases emanating from overzealous press handlers ‘Print,’ per say), but that’s what author David L. Kirp does in his excellent “Improbable Scholars,” devoting an entire chapter in fact to North Hudson’s halo-wearing strongman titled “Mother Teresa Meets Mayor Daley: Good Schools equals Smart Politics.” You don’t believe it? Check out the book from Oxford University Press.

Stack chief of Staff Mark Albiez throws the New England Ivy League institution a bone in Kirp’s book when he mentions that working in Union City with Stack is like “going to Harvard” for a political operative. Harvard never had it so good.

Jeered at in some circles as the Democrat who can’t get out of the picture frame whenever Christie needs a warm body to prove bipartisan bona fides, the powerful Essex County executive can now point to Menendez-Christie connective tissue at Mercury whenever someone complains about “Christiecrats.”

Ten murders in ten days. As a candidate for mayor said this week, “It’s a warzone,” and that means a tragedy for all of us as the citizens of New Jersey’s mighty largest city suffer a crime wave no one, least of all our children, should suffer.

He’s jammed up with this crime wave, trying to run for the U.S. Senate while murders mount in the town where he still serves as mayor. It’s an awful situation for Booker.

He hasn’t been on the list for awhile, an oversight for which we apologize in advance, but when the mayor of Trenton attempted to hold a press conference on crime this week he apparently forgot that no one cares what he has to say on the subject. He’s under indictment on charges of corruption as the capital city suffers a summer 2013 fate as bad as Newark’s.

The engineering services group was ordered to pay $1 million in penalties for its role in a pay to play scheme in which hundreds of thousands of dollars in contributions were illegally funneled through firm employees to evade state pay to play laws. The firm pleaded guilty on June 13 to charges of first-degree money laundering and second-degree making false representations for government contracts filed by the Division of Criminal Justice Corruption Bureau.

Tim Occhipinti’s entry into the Hoboken mayor’s race wounds the likeable Ramos, who was trying to get traction as the alternative to incumbent Mayor Zimmer.

Veteran Morris County GOP Chairman John Sette this week told his fellow Republicans not to raise money for the incumbent Morris County GOP Freeholder, urging party members to recognize that Mastrangelo is only out for himself. Notwithstanding Sette’s apparent inability to celebrate Mastrangelo’s adherence to one of the pre-requisites of being a New Jersey politician, the chairman at least showed he’s not afraid to drop the hammer.

It was tough to figure out which story surprised us more this week: Garden State Equality’s endorsement of Cory Booker over Steve Lonegan, or a Monmouth University Poll which discovered that people think the U.S. House of Representatives sucks and the U.S. Senate is worse. According to the poll, three-in-four Americans (76%) disapprove of the job Congress is doing. Only 14% approve. When asked which chamber has been doing a better job for the country, 18% pick the House and 14% name the Senate. 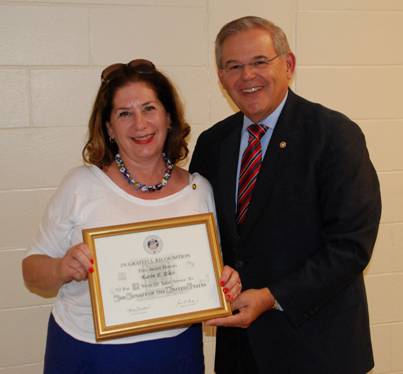