The Joint Committee on Ethical Standards dismissed several complaints against the state senator from Hudson County. The committee dismissed allegations regarding Stack in his role as mayor negotiating with state agencies over transitional aid for the city. The complaint was brought by Joseph Blaettler, a former Union City police official.

Bucco also saw a complaint against him dismissed by the Joint Committee on Ethical Standards.  The committee ruled 6-0 that – among other things – Sen. Bucco did not benefit financially from the bill he introduced seeking closure of Fenimore Landfill in Roxbury.

Giants QB Eli Manning is scheduled to headline a fundraiser for the Hoboken mayor next week.  Here’s hoping he doesn’t toss the cash to Zimmer’s opponent.

The Jersey City mayor had a successful fundraiser this week in which he made nice with U.S. Rep. Albio Sires, who sided with Team Healy during last spring’s mayoral contest.

After making some “toe-dipping” calls to gauge potential support for an Assembly speakership, Majority Assemblyman Lou Greenwald backed off this week, saying he will seek another term as majority leader.  That leaves Prieto as the front-runner- if that is, current Speaker Sheila Oliver decides it’s time to move on.

Gov. Chris Christie has dominated this segment of our weekly list, but this week we’re calling it even.  While Buono’s camp pulled a big gaffe in failing to meet the deadline to submit a ballot statement, giving ammo to critics who say her campaign is inept, Christie misfired with an attack ad giving rise to claims of hypocrisy from Buono and the press.  And while the week was a draw, the governor is still showing approval ratings of 61 percent – 63 among registered voters – and a 20-point lead in the race.

It’s looking like his honor will win his U.S. Senate bid, but not before he earns some new dents in his so-far pristine exterior.  This week Booker took a hit over a dilapidated house he once owned and later sold for $1 to a non-profit.  What’s more, the heckling Booker’s opponent, Republican Steve Lonegan, received when he went to Newark to highlight what he said was Booker’s hypocrisy, did not reflect well on the Newark mayor’s campaign.

The disgraced former mayor of Hoboken was back in the news again just over four years after his arrest on corruption charges, this time as the subject of a complaint from the Election Law Enforcement Commission. ELEC charged Cammarano, along with  council candidates Vincent Addeo, Angel Alicia and Raul Morales II, and treasurer Lucy Truglio with failing to report more than $100,000 in campaign contributions during their 2009 run for office.

The former Middlesex County Sheriff got nine years in state prison for his role in a jobs for cash scheme that netted him $112,000 before he got caught.

Roque’s dirty laundry is airing in court as he defends himself against charges that he hacked a website while back at home, a one-time ally is seeking a recall.

The Joint Committee on Legislative Ethics voted this week to investigate Albano’s interaction with a state trooper who pulled him over for speeding last year.  Albano claimed he was being harassed, but video of the incident told a different story.  Now it’ll be up to the committee to decide. 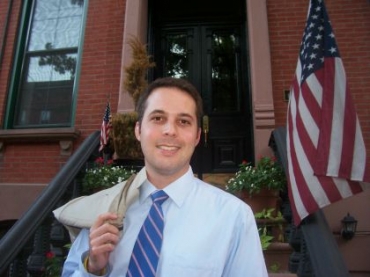