Here is something you can file away and whip out the next time your drunk uncle is railing against social media: Yoko Ono swears John Lennon would have been a huge Twitter fan. So there.

In a recent interview with the Huffington Post, the 80-year-old performance artist, musician and Beatle-marrier Ms. Ono talked about artist activism, her upcoming album “Take Me to the Land of Hell,” and her late husband.

HuffPo asked Ms. Ono, “What do you think John would have thought about Twitter?”

“I think John would have loved it,” she reportedly replied. “He would have used all of social media and convincingly, because he was a communicator.”

If Mr. Lennon were alive today, there’s no question his Twitter account would put those of other celebs to shame. Not to mention, we could totally see John and Yoko live-tweeting their bed-in and making weirdo experimental Vines that would blow Adam Goldberg’s out of the water.

Sadly, we’ll never see the day Mr. Lennon has a personal social media presence. But at least we have Ms. Ono’s delightfully kooky missives to tide us over:

Someone's orbit is their dance. Look closely, and you will see that their are shining planets. 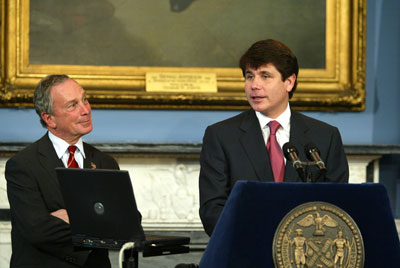