As part of last week’s PR Power List package, The Observer included a story about industry legend Jack O’Dwyer, who is both the conscience and the chronicler of the PR business. In it, the always outspoken Mr. O’Dwyer shared his views on the death of corporate PR and “Visigoths like Omnicom.”

Now, Mr. O’Dwyer shares his views about the Observer‘s PR Power List itself, which in its first incarnation has already garnered more page views than anything in Observer history.

Overall, I like the story, although the “real” top 50 are those that give us top pages of income tax returns, W-3s, CPA-attested head counts of full-time employees, accounts, people, etc. 17 of your top 50 are O’Dwyer-ranked firms.

Eight of them are parts of conglomerates, which are not allowed to rank. It would be easy for them to do, since a main proof is payroll totals. They all have that, but beg off. They are shooting themselves in the foot because Edelman, our most enthusiastic and long-time ranker (since 1970), is now at least five times as big as the next independent.

There’s no credence to any claims by Weber Shandwick, H&K or any of the other conglomerate PR firms since they share no information (especially galling, in this Age of Information).

But the Observer‘s PR Power List has surfaced a lot of firms we’re not familiar with, and we will contact them. The royal road to growth is our rankings. I look forward to more coverage of the New York PR industry, including coverage of the Public Relations Society of America, whose heart is in Birmingham somewhere.

PRSA is only having one national conference in NYC in 25 years. Its leaders show hatred and disdain of NY. The Observer has further annoyed them with its claim that NYC is where the action is (while admitting most of the social media giants are in San Francisco and Los Angeles).

The majority of national publications have offices in NY and so do all the big PR firms. And Sean Cassidy, CEO of indie pr giant DKC, correctly pointed out in your story that The New York Times is as influential, if not more, as it has always been.

Despite its influence, the Times will not cover this subject except in the most superficial way (i.e., columns by Stuart Elliott). I hope you will keep covering PR. There are lots of stories. 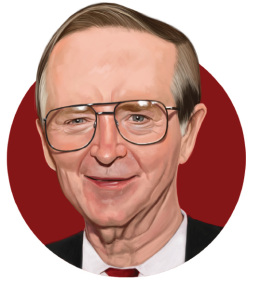