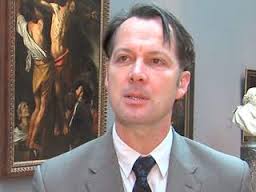 The Cleveland Plain Dealer reported on Monday the abrupt resignation of David Franklin, the Cleveland Museum’s director of three years. He cited “personal reasons” and told the paper, “It’s time to spend more time on research and writing.” On Wednesday, an alternative paper in the city, Cleveland Scene, called into question these “personal reasons,” and quoted anonymous sources that said Mr. Franklin’s resignation was the result of an extramarital affair with a former staffer who committed suicide in April. Commenters on the original Plain Dealer story claimed the paper was withholding the truth, possibly because the paper’s publisher, Terrance C.Z. Egger, sits on the board of the Cleveland Museum. The full story became clear Thursday afternoon as the museum confirmed the story in Cleveland Scene to the Plain Dealer, offering more specific details:

On Wednesday, [museum board chairman R. Steven Kestner said that the museum became aware in early October of a Cleveland Heights police report stating that Franklin called the police just after midnight on Sunday, April 29 to report the suicide by hanging of a then-former museum employee with whom he was later widely rumored to be having an affair.

The Plain Dealer obtained a copy of the police report on Wednesday. It describes Franklin’s phone call about the death of Christina Melinda Gaston, 34, the managing director of ChamberFest Cleveland and a recent former employee of the museum.

In response to questions about the report, Kestner said Wednesday night that the museum had learned in early October of the document and what he called “a dating relationship,” and that the information moved the museum’s board to act in relation to Franklin.

The Cleveland Museum is two months away from opening part of a $350 million expansion and renovation project, which the museum is still trying to raise funds for. (Earlier this week, the museum announced they would be deaccessioning certain works at Christie’s in November). Mr. Franklin will continue at the museum in an advisory role. Mr. Kestner told the Plain Dealer, “He’s not staying on for any reason other than to assist us in the transition so we know we’ve got everything we have to have for it to be smooth.”