Serious question: How stupid, sexist and unprofessional can people actually get?

We ask because Twitter just stumbled upon this Eventbrite listing for a Halloween costume party called, not joking here, “Hackers and Hookers.” Hackers and Hookers! The description promises, “Beer. Dance Floor. Shot Bar. Food Truck. Girls.” Because that’s what women are–just another perk to be proffered to developers, the equivalent of a food truck.

Someone actually sat down to draw up the invite for this little shindig and thought, hey, you know what would be a fun theme? Hackers and Hookers!

So who’s responsible for this new low? According to Eventbrite, the party is the work of Hacker Hideout, “a member based community center in San Francisco for thinkers and builders; tech lovers and business moguls; students and teachers alike.”

“We are and like to think of our facility as a co-working space, micro incubator, socialecotechnological (yes we made this up) think-tank, and social event center for Hackers, Builders, Designers, and Shakers of San Francisco,” the description continues.

We’ve emailed the organizers for comment, asking a) what their deal is and b) whether they’re just straight-up fucking with us.

Next time just cut to the chase and throw a frat party-themed party and be done with it. Jesus H. Christ.

Update, 8:46 p.m. Hacker Hideout has published a response to the response. It’s really something! 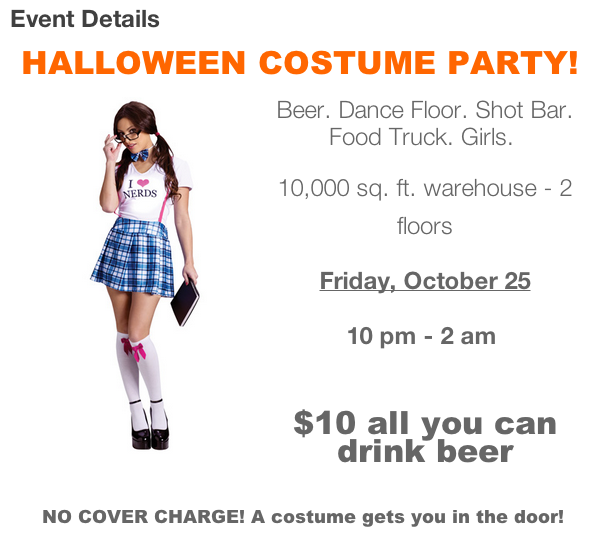