Stop and frisk might be illegal now as a police practice, but inside at least one store on Madison Avenue, racial profiling is still an issue according to a new lawsuit published in the Daily News yesterday. Today, a second customer has come forward to complain about their treatment in Barneys, where they said they were harassed because of the color of their skin.

Trayon Christian, 19, was taken into custody and detained for upwards of two hours (NYPD say it was only 42 minutes) after purchasing a Ferragamo belt with his debit card on April 29th. Though the clerk rang up his purchase after checking out his ID, Mr. Christian was stopped by two plainclothes detectives on East 60th who claimed to have gotten a report from a cashier about the card being stolen.

He was never charged, and was let go with an apology. Nonetheless, Mr. Christian no longer wanted his purchase.

brought the belt back to Barneys a few days later and returned it. I got my money back, I’m not shopping there again,” he said. “It’s cruel. It’s racist.”

Perhaps encouraged by Mr. Christian’s story, 21-year-old Kayla Phillips told the Daily News today about a similar experience, about the purchase of an orange suede Céline bag leading to her being swarmed by three police officers at the Lexington and 59th subway station. She is filed a $5 million notice of claim with the city of her intention to sue the NYPD, and an additional civil rights lawsuit against the store and the police is pending, according to her lawyer. The person who really needs to respond, claims the News’s Denis Hamill, is Jay-Z. The rap star is set to debut his collaboration with the high-end retailer for “A New York Holiday”:

Maybe Jay Z should do an old-school Marcy Houses sitdown with the CEO and demand some straight answers about how his passionate partners treat black shoppers.

I don’t think Jay Z or Beyoncé would like it if some day Blue Ivy shopped at Barneys only to get thrown against a wall by cops because she was the wrong color to use a platinum card.

If Jay-Z does go through with his wintertime partnership, it will be the second year in a row where Barneys has found a lump of coal in their holiday press stocking. 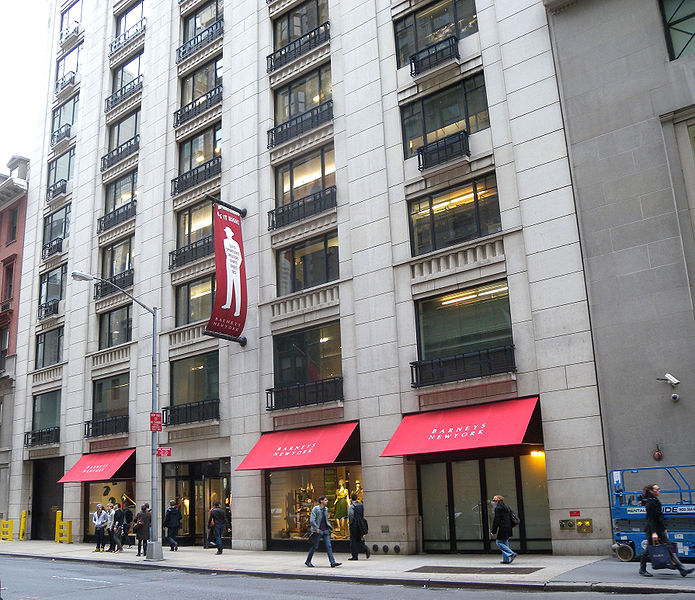