Bateman doesn’t see it that way, and celebrates Kean’s strategy for victory.

“I support Tom Kean,” said the Somerset senator. “Tom has done an outstanding job. He’s up against a very difficult map and he has my support for minority leader or Senate president. This is a man who works 24-7. I don’t know how he does it. It’s not easy every day raising money, and he’s recruited some outstanding candidates. There is no doubt in my mind. I support Tom. He’s kept us together.”

Has Bateman ruled out pursuing the leadership position if Kean doesn’t run again?

“I support my leader,” Bateman said. “He has done an outstanding job. Look, in campaigns there are risks and rewards. He’s taken big risks going after the Senate president. Steve Sweeney has done a good job as Senate president. I can’t imagine that he’s going to hold bills against us to punish Tom. He should be a gracious winner if he wins but let the process work. He won’t hold Tom’s campaigns efforts against us (the GOP). Campaigns are about trying to win. Steve understands that, and I don’t think Steve is going to hold it against Tom that Tom wanted to win.”

“I think we will see coattails if this governor’s numbers hold up,” the GOP senator said. “He’s up 25-30 points. That’s significant. The governor’s so popular, I think we’re going to win some seats.”

“I’m not sure about the South Jersey guys,” he admitted. “Van Drew and Sweeney are very popular.”

Having weathered attacks during the primary season by Americans for Prosperity, the moderate Bateman is in a good position to win re-election in the Republican-leaning 16th.

After expressing his support for same-sex civil unions and proposing to put the issue of marriage equality to the voters, the senator accepted the decision of the court and last week attended the same-sex marriage ceremony of Marsha Shapiro and Louise Alpin at the home of state Sen. Ray Lesniak (D-20).

“I was always for equal rights,” he explained. “I supported civil unions initially and these last three months people were urging me to vote for the override. I talked to 30 people and I maintained the position that they should put the issue on the ballot. It would have passed on the ballot.”

A judge decided earlier this month on the constitutionality of marriage equality.

“The two people who got married are from my district and I’m very happy for them,” said Bateman. “I thought it would be good if I went to show my support as it has been a difficult road for them. I gave them a gift and a card and congratulated them. The Supreme Court has ruled and that is now the law of the land.”

The League of Conservation Voters backs Bateman, citing him as the greenest state senator and lauding him for his support for the retail gas initiative. Still, Democratic PACs are spending over $400,000 and the Democratic State Committee $57,000 to try to get rid of Bateman’s running mate, Assemblywoman Donna Simon (R-16).

“The 16th legislative district is very competitive,” the senator said. “There are 5,000 more registered Democrats than Republicans with the addition since redistricting of Princeton and South Brunswick. Donna has been a great assemblywoman. (Democratic challenger) Maria Corfield came within 1,000 votes in 2012. President Obama won the district last year by ten points, and in that election Donna won by one point over Marie Corfield. That was the year the Democrats should have won.

“This is the year for Republicans, with Gov. Christie at the top of the ticket,” Bateman argued. 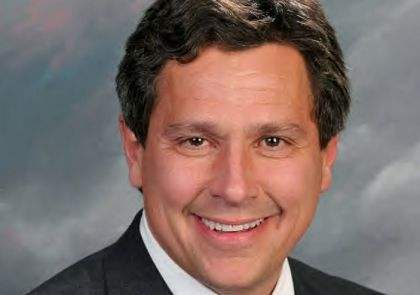