NEWARK – They gathered here on a sidewalk on Ferry Street in the Ironbound, the longtime Booker loyalists and old guard skeptics turned square-tied handmaidens of power.

Bulter is Booker’s top pick for state director, sources say – a subject Butler won’t discuss as the big blue Booker bus turned onto the main drag and slowed to a stop.

Booker appeared in this neighborhood that has always produced big pluralities for him.

“We’re just working it, man,” he told PolitickerNJ.com when asked what the point spread is going to be tomorrow in his matchup with Republican Tea Party crusader Steve Lonegan, the former mayor of Bogota.

Some TV crews crammed in last-minute questions about the government shutdown, which elicited the Democratic candidate’s test driven expressions of alternating woe, resolve and probing concern.

In the growing blend of personalities walking with the candidate up Ferry in a final Booker push to remind people to get out the vote was Phil Alagia, the chief of staff of Essex Conty Executive Joe DiVincenzo.

He’s an advisor to the Booker Campaign.

“There’s an operation,” he said of the campaign. “We meet weekly, and we’re meeting tonight. He wil win Essex County and he will do well here.” 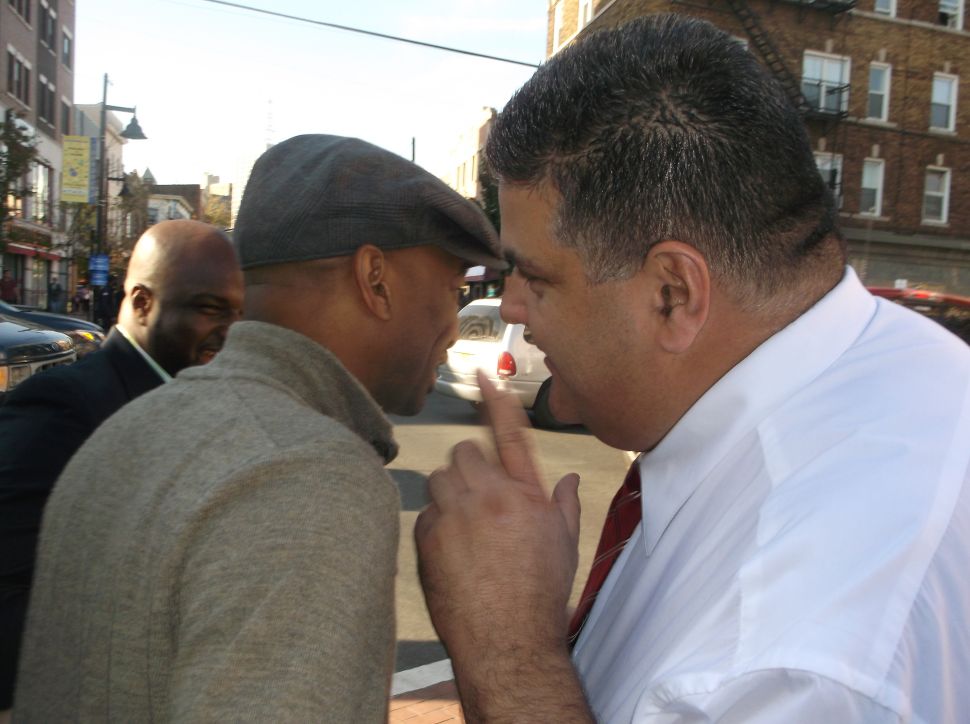