A Democratic state senator’s pursuit of the governor’s office has left an opening in the Garden State’s upper chamber.

In Legislative District 18, Democrats outnumber Republicans by nearly 3 to 1, and because of that, a Democratic state assemblyman hopes to be catapulted to the Senate in November.

Assemblyman Peter Barnes III is vying for the seat against a district mayor who many agree was considered an unlikely challenger when discussion first occurred  about who would run for Sen. Barbara Buono’s LD 18 seat.

East Brunswick Mayor David Stahl is a former Democrat turned Republican who’s challenging Barnes from the right in an effort to throw a wrench in the Democrat’s hope of sailing into the Senate.

Stahl, an attorney who’s popular in his hometown, is by most accounts well respected by both Democratic and Republicans political players in Middlesex County.

In recent years, Stahl even worked as an assistant county counsel in Middlesex for the county’s Agriculture Development Board. The position, however, wouldn’t last, as sources tell PolitickerNJ Stahl ran afoul of the Middlesex Democratic machine when he endorsed a Republican for state Assembly in 2011.

In some cases, political insiders in the county will dismiss the notion that one has anything to do with the other.

“I wish I could tell you why he switched parties. I don’t know,” said one Middlesex insider, arguing there was no effort by Democrats to push Stahl out of the party.

“Backlash implies there was a concerted effort, I don’t think that’s accurate,” the source said. “I think all the folks that have historically considered David a colleague and part of the same team didn’t feel that way anymore.”

But when Stahl announced supporting Marcia Silva’s bid for the General Assembly because “some career politicians in Washington and Trenton just don’t get it,” he ran the risk of jeopardizing future support in Democratic circles, others said.

At the time of Silva’s endorsement, Stahl scoffed at the idea of switching parties, declaring to PolitickerNJ that he’s “a Democrat” and his endorsement of a Republican candidate who would ultimately go on to lose the election was “not an endorsement of the Republican Party platform.”

However, according to sources, the endorsement cost Stahl his county income and spurred Democrats to cut ties with the mayor.

“Instead of a little slap on the wrist, they cut him off,” said one source familiar with Middlesex County politics.

If political backlash is the reason the former Democrat no longer has ties to county work, it’s news to the man himself, Stahl said.

“I’ve always been an independent person,” he said, explaining that as far back as 2008 he took on a member of the Democratic Party when he ran for mayor.

Stahl also worked as a Democrat with a council comprised of a majority of Republicans, he points out, explaining his ability to reach across the aisle and accomplish things is not new.

“They can make up whatever story they want, my track record speaks for itself,” Stahl said. “I switched because that’s always been my fiscal belief and my fiscal policy better mirrors [the Republican Party].”

Whatever the cause of Stahl’s decision to switch parties, the result has been clear. The vying campaigns have attracted a significant amount of attention in the district that gives Barnes an edge over Stahl.

By early October, more than $1.3 million worth of independent expenditures poured into LD 18. The figure helped give the district the No. 4 spot on the Election Law Enforcement Commission’s top ten list of independent spending in legislative districts through Oct. 7.

Since then, Garden State Forward, the super PAC affiliated with the New Jersey Education Association, has committed resources to attempting to paint Stahl as a sort of die-hard Republican while the conservative Americans for Prosperity came to the defense of the former Democrat by running negative ads against Barnes.

The race has even attracted the attention of Gov. Chris Christie, who, for maybe no other reason than beating his challenger on her own territory, has supported Stahl’s campaign with campaign stops in the district.

The outcome rests with voters in the Democratic-leaning district to decide whether they’ll support blue or cast their ballots in favor of blue turned red. 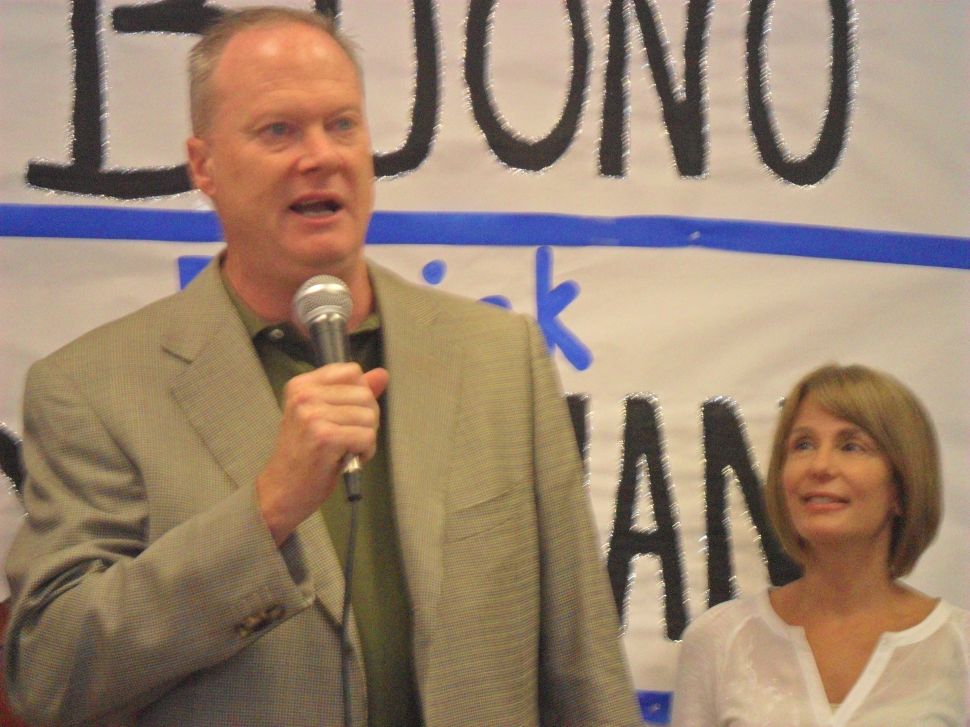