Bill de Blasio’s mayoral campaign began the attacks tonight before the candidates even stepped on stage for their first major televised debate.

In a memo sent out to reporters, the Democrat’s team predicted rival Joe Lhota, who is currently far behind in the public polls, would do “everything in his power to run away from his Tea Party pandering and to conceal his traditional Republican Party ideas.”

You can watch the WABC-TV/WXTV Univision 41/Daily News/League of Women Voters debate here.

In tonight’s debate, Joe Lhota will do everything in his power to run away from his Tea Party pandering and to conceal his traditional Republican Party ideas. It’s no surprise why: all he’s offering are the tired and recycled Republican policies that shut down government in Washington and have made New York’s affordability and inequality crises in New York worse.

Here are the biggest falsehoods we can expect to hear from Joe Lhota tonight…and the truth about where he really stands:

When Joe Lhota criticizes Washington Republicans for shutting down the government…

Remember that he endorsed a one-year delay of Obamacare—the same delay over which Washington Republicans shut down the government:

Remember that he pandered to the Tea Party during the Republican mayoral primary:

…and that he’s adopted their positions and rhetoric on issues like gun control:

When Joe Lhota says his policies are different from national Republicans…

Remember that his plan to give big tax breaks to corporations and the wealthiest New Yorkers mirrors that of Mitt Romney:

Remember that he has repeatedly praised both Giuliani and Bloomberg: 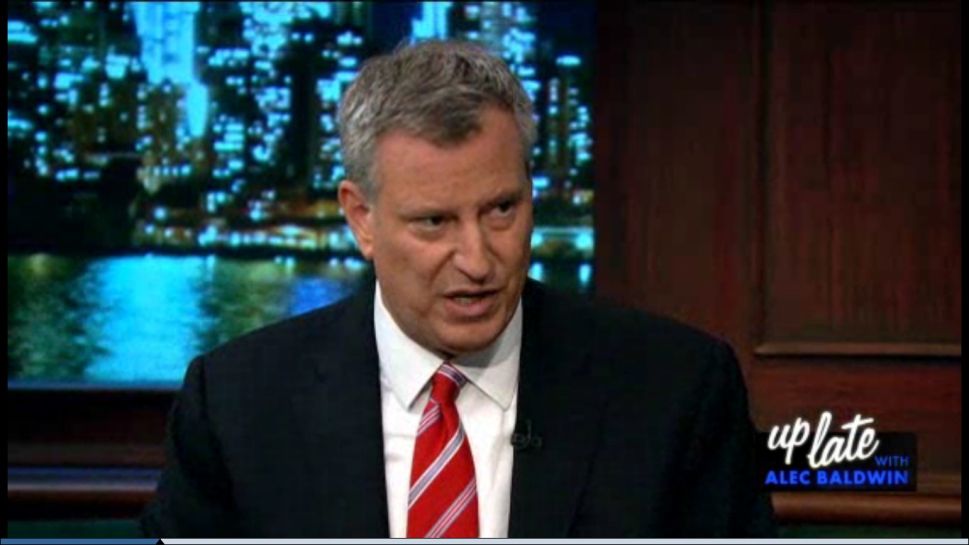