Lankey’s running with the support of the Middlesex County Democratic Committee against incumbent Mayor Toni Ricigliano.

“He will be on the front lines fighting for this community every day,” said Booker, standing beside Lankey and Middlesex County Democratic chairman Kevin McCabe in a strip mall store front on Amboy Avenue.

Running in Wednesday’s special election for U.S. Senate, Booker pulled in here in his campaign bus with his smiling face plastered on the side, with Republican opponent Steve Lonegan of Bogota narrowing the Democrat’s lead to ten points, according to this morning’s poll.

“I may be losing my voice, but I am really amped up right now,” said a hoarse Booker, facing a packed room of supporters.

The crowd was pleased at Booker’s 9 a.m. showing on Columbus Day.

But Lonegan was in neighboring Union County this morning at 7 a.m., chasing down voters at a train station in Westfield.

Booker expressed confidence in his home state dealing a blow not only to Lonegan, but to the entire Tea Party movement nationwide.

“The whole country will be watching New Jersey to see what we have to say about the government shutdown,” said the Newark mayor. “We’re not about shutting down government, we’re about starting it up. This is an election between a Tea Party leader and someone who brings people together.” 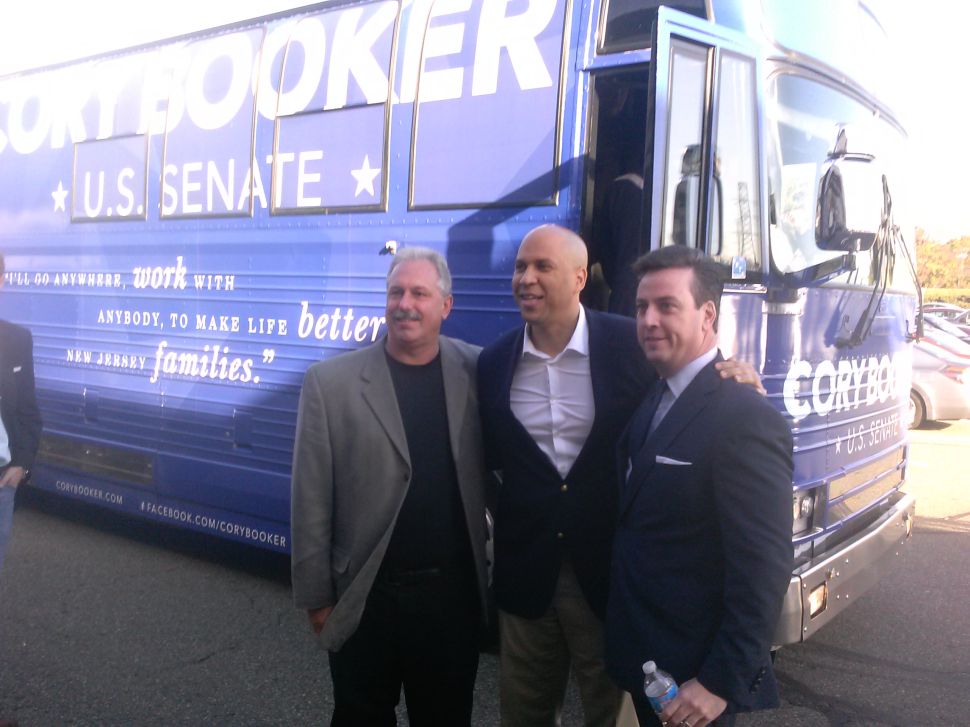