Senator-elect Cory Booker announced today that Facebook’s Louisa Terrell will be chief of staff in his U.S. Senate office.

Modia “Mo” Butler has been named his New Jersey state director, which was first reported by PolitickerNJ.com last month.

Terrell will join Booker’s office from Facebook, where she is Director of Public Policy. Butler is Booker’s current City Hall chief of staff.

“Louisa has experience in the White House, the halls of Congress and in the private sector, and I’m thrilled she will be building and leading a Senate team that will work every day to get things done for the people of New Jersey,” Booker said of the Tufts and Boston College Law School graduate.

“Mo Butler has been a trusted and indispensable partner in our effort to start a Newark turnaround – a leader whose counsel I depend on every day,” added the senator-elect. “I am honored that he will be my new state director.”

Terrell comes to Booker from Facebook, where she has worked since late 2011. Prior to joining Facebook, Terrell was appointed by President Barack Obama as a special assistant to the President for legislative affairs at the White House. There, she helped craft legislative strategy in the Senate. Before joining the White House and Obama’s presidential transition team in 2008, Terrell was Yahoo!’s senior director of federal policy and strategy. Prior to working for Yahoo!, Terrell worked for then-U.S. Sen. Joseph Biden from 2001-2008, first as counsel on his Judiciary Committee staff and then as his deputy chief of staff. Terrell resides in Washington, D.C. with her husband and two daughters.

Modia “Mo” Butler has served as Booker’s chief of staff in City Hall since 2008 and co-chaired Booker’s 2006 mayoral transition team. Since 2006, Butler has served as the Chairman of the Board of Commissioners for the Newark Housing Authority (NHA). From 2003 to 2008, he was president and CEO of Newark Now. Prior to that, Butler led the Do Something after-school program as its first Executive Director. Butler has received the Bank of America Neighborhood Excellence Award, the Gustav Heningburg Civic Fellowship, the Newark Little League Committee Larry Doby Award, the Freedom Foundation’s Best Men’s Award, and the Leadership Newark 2008 Distinguished Fellow Award, among others. Butler holds a Bachelor’s Degree from Franklin and Marshall College and a Master’s Degree in Public Policy from the Eagleton Institute of Politics at Rutgers-New Brunswick. 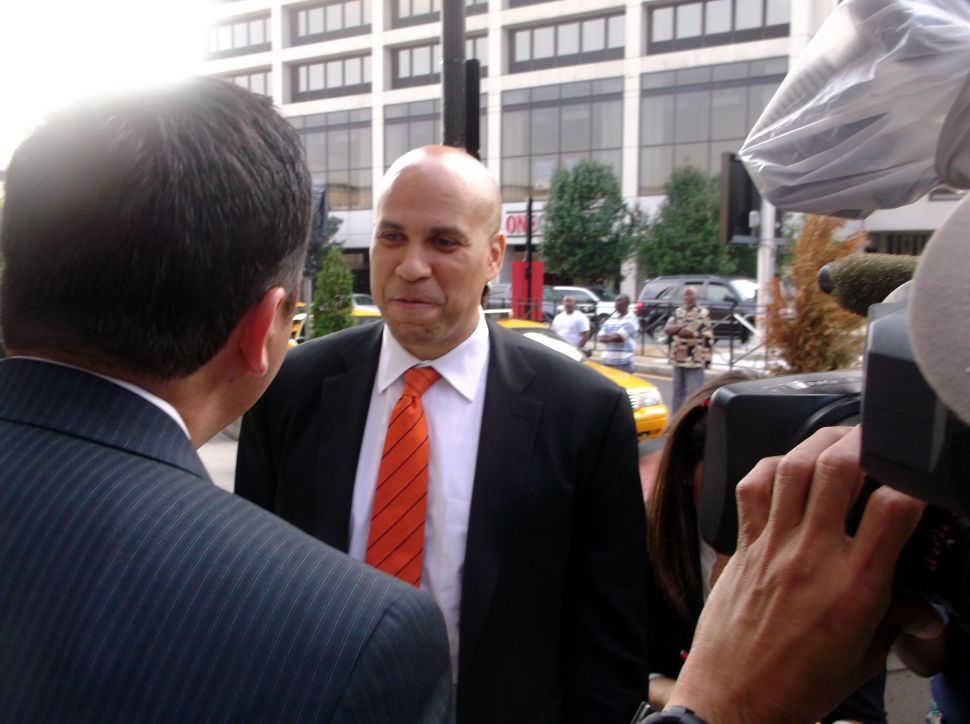