Three of the top 20 investors in Microsoft want Bill Gates gone as chairman. They worry he’s blocking the company from evolving and limits the power of the new CEO to make “substantial changes.” [Reuters]

Zynga founder Mark Pincus is “pretty bored with all games.” At least he acknowledged playing Running with Friends?  [WSJ]

Sam Biddle shows how easy it is pretending to be a venture capitalist and gamed AngelList for fun. Hopefully this is just funding a second season of Start-ups: Silicon Valley. [Valleywag] 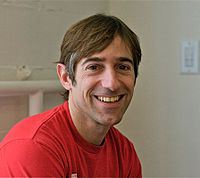