While City Opera is bankrupt and Gawker is publishing articles titled “Do Not Give a Dollar to the Opera,” Nico Muhly seems to be breathing new life into the art form. The 32-year-old composer is the youngest to have been commissioned by the Met. His current, much-hyped work, Two Boys, focuses on deception in circa 2000 chat rooms, as one boy adopts various online personas, while goading a second boy to commit murder. Last week, the Transom sat down with Mr. Muhly to ask how he’s getting a 21st-century generation excited about opera-going.

We’re constantly hearing how hard it is to attract a younger crowd to the opera. Has that been your experience?
I’ve always found the anxiety about the aging of the audience is something we have to calm down about. I remember Thomas Friedman saying that he was shocked young people went to restaurants. If there were a ton of young people at the opera, the press would write they should be home saving their money.

It certainly doesn’t seem to be a problem getting a crowd for Two Boys.
The hype is one of the few things about which I’m not responsible. I wish there were a way to do it without all that. With operas, the natural instinct is to say this is awful if people have been hyping it a lot. I think the Met did a fantastic, fantastic job of promoting the piece, though.

In addition to doing great promotional work, the Met is also not bankrupt. What are they doing well?
Well, they have a very flexible relationship with excellence. If you consider how much is in rep at the same time, it’s amazing all of these things work together and everyone who works there is happy. I didn’t ever feel an adversarial relationship among the cast or the crew. And I didn’t feel a rift between the orchestra and myself or others.

Is that uncommon?
If you’re an orchestra and the music is aggressively against what you want to be doing, that can be a problem.

If you have a difficult orchestra, what can you do to win them over?
Cookies.

I figured fudge!
Sometimes, you just can’t. If they’ve turned against you or the conductor, you just can’t change the orchestra’s mind. At the Met, it can feel from the outside that it’s a crazy place, but it’s made up of these wonderful individuals, and you can build personal relationships, which is easier than a militaristic campaign to win over everyone.

There are certainly some Met donors who seem reluctant to embrace modern opera. And yet, besides Two Boys, they also have The Nose and A Midsummer’s Night Dream right now.
Really? What more do you want? If it went the other way [if modern operas actually outnumbered the classical ones], people would immolate themselves on the steps of the plaza.

In some ways, the story of Two Boys feels like a very classic opera plot.
To me, that’s the most obvious thing in the world. We don’t really play in disguises anymore, other than Eyes Wide Shut. It’s a difficult trick to pull off dramatically. The Internet affords us a very specific version of a very classic theme.

The plot is based on a true story. Why do you think people are fooled so easily on the Internet?
It’s a question of loneliness. I don’t believe that anyone with the right cocktail of solitude and sadness is beyond falling for this or perpetrating this.

Do you think it’s something we’ll grow out of?
I don’t think it has anything to do with time. These kinds of things are going to continue to happen.

Do you suppose that, when people adopt these disguises, they’re satisfied, at least in the moment?
I imagine they experience so many different emotions. It’s beautiful. It’s lonely. It’s sad. It’s an act of composition. That’s what makes it so operatic. 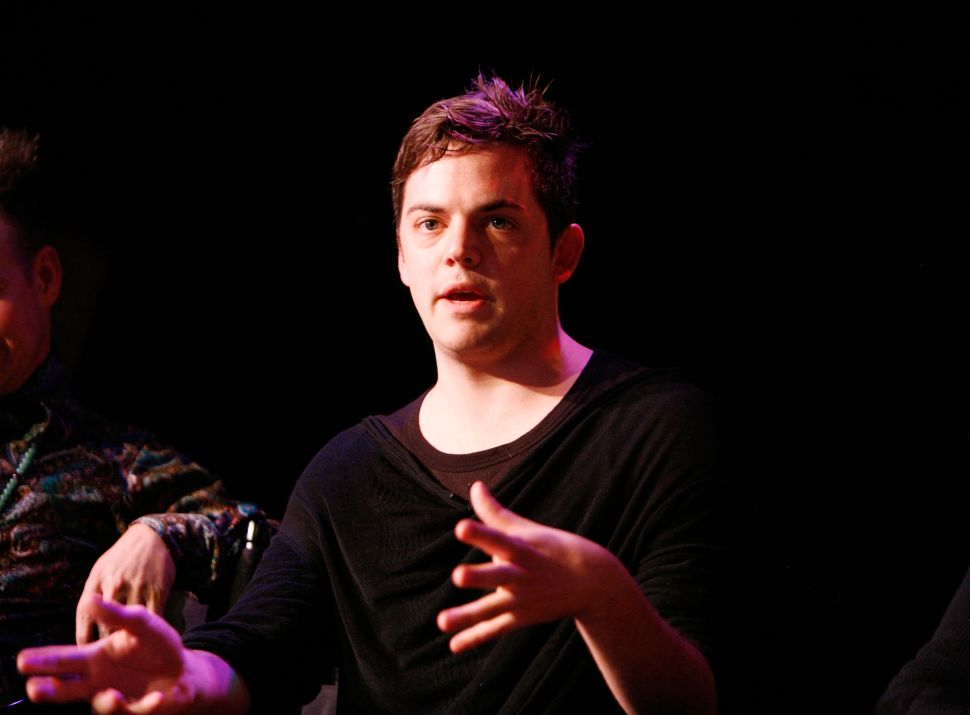