The Associated Press reports that the cops confiscated the goods in a raid against suspected gang members, and are now determining whether they constitute a viable weapon.

Meanwhile, the BBC says the police have dialed back their suspicions, and that they “cannot categorically say” whether the parts were gun components. The arrested man, of course, insists the parts have “nothing to do with a gun whatsoever,” the BBC reports. He’s since been bailed out.

“I have no idea why they think it is part of a gun,” he told the BBC. “It’s designed by the company that makes the printer to go in the printer to make it better.”

The BBC makes no mention of the suspect having been involved in gang activity, although they say the raid was “part of [the Greater Manchester Police’s] Operation Challenger, which aims to ‘dismantle’ organized criminal gangs.”

Whatever it is, the object pictured sure doesn’t look like a viable weapon–it resembles something out of Willy Wonka’s chocolate factory. But that’s what’s so disconcerting about the prospect of criminals figuring out how to make guns from 3D printers–they can be created to look more like children’s toys than deadly weapons.

Of course, both outlets remind us that the first ever 3D-printed gun was fired in–where else?–Texas in May, because what America really needs is more guns. Whether the British situation is evidence of amateur 3D firearm manufacturing, or just a group of over-excited Keystone Kops, we can all agree that the prospect of a plastic gun that resembles a Happy Meal toy probably isn’t the best thing for civilization at this point. 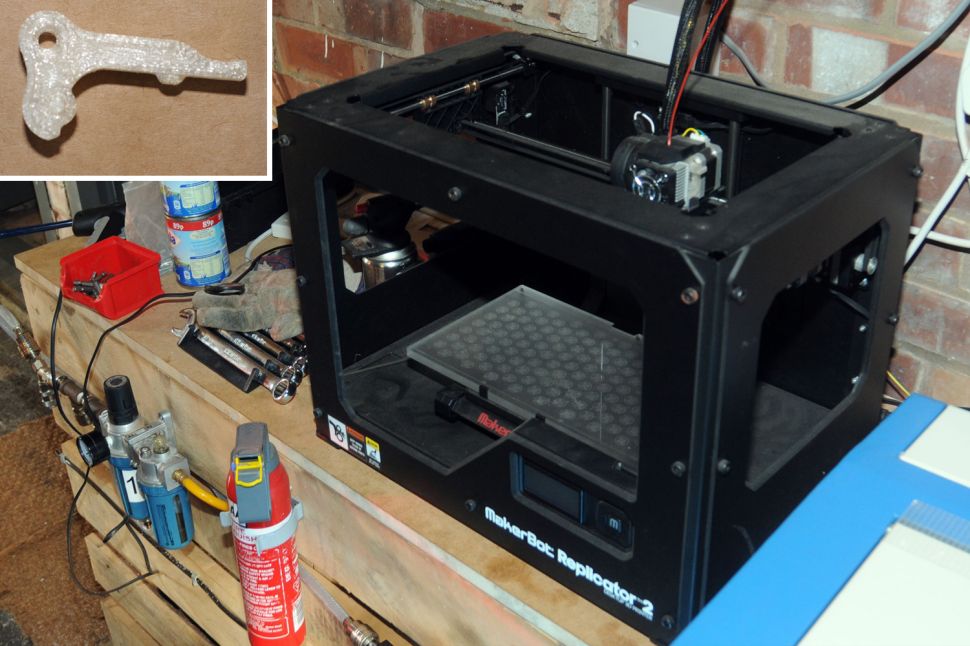