Last Saturday, the Transom slipped under the black and red tents that shut down 62nd Street between Park and Madison Avenues for the Browning School’s 125th anniversary party, which was, specifically, an “adults-only affair.”

At the entrance was a character actor hired to play John A. Browning himself. Headmaster Stephen M. Clement III took great pleasure in introducing him to everyone, exclaiming, “Mr. Browning is here tonight!”

Mr. Clement was all smiles about a recently received anonymous $3 million grant, which will help bring more diverse families into the school, “ones who can’t really afford 40,000 a pop for kindergarten.” The headmaster emphasized that Browning boys are, “in the best sense of the word, gentlemen.” When asked to explain, he slyly replied, “That takes 13 years to learn.”

By our calculations, that translates to one long $520,000 lesson.

Among all of the “gentlemen” in attendance, the Transom had a hard time digging up any real dirt about their Browning days. As the night wore on, a few of the good ol’ boys began warming up.

“We did the typical stuff, but what people don’t really know is that, in the downstairs locker room area, we had a fight club,” said Bradley Aronson, class of ’08. “Not exactly like the movie—we just had battle royals. I mean, we weren’t good kids.”

Peter Stavropoulos, class of ‘82, revealed that he and his friends used to go to Studio 54 on the weekends with their fake IDs and raise a little hell.

“The school and our parents would have killed us if they found out, but I think we were better people for it,” he said.

As for the former Browning boys who said the worst they ever did was load up on extra garlicky pizza before a dance class with girls from nearby schools, Mr. Stavropoulos scoffed: “They’re full of shit.” 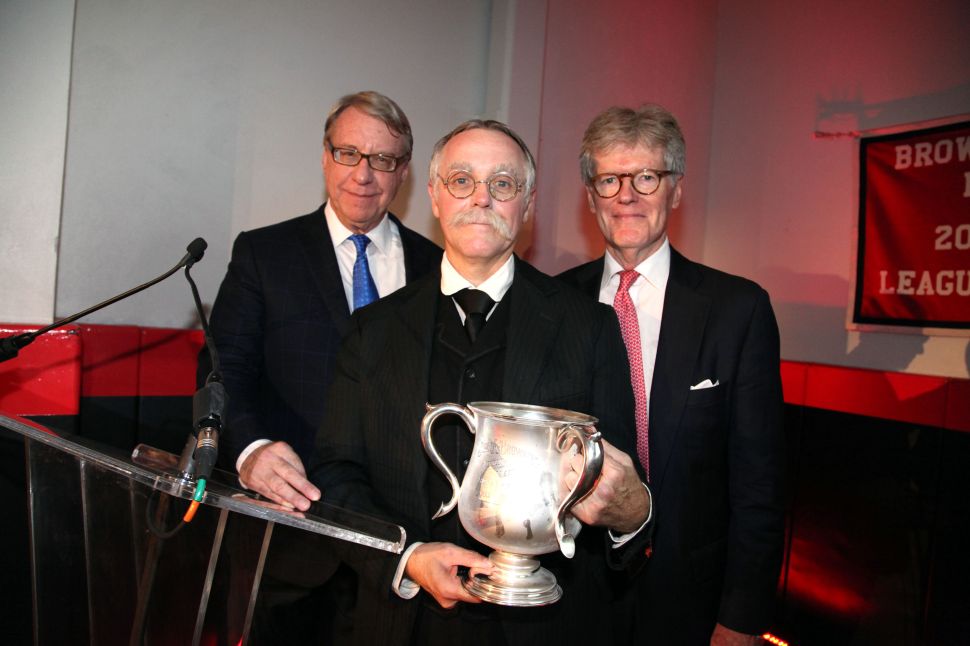