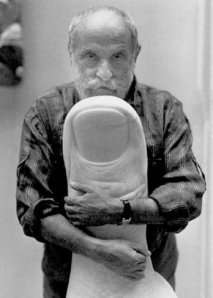 Upper East Side gallery Luxembourg & Dayan will mount a historical survey of the late French artist César Baldaccini, his first solo show in America in a half a century. The gallery happens to be on the same street as the former Saidenberg Gallery, the site of the artist’s breakthrough show in America in 1961. In tribute to this, Luxembourg & Dayan will exhibit César’s 8-foot-tall bronze sculpture of his own thumb, Pouce, in front of the gallery building on East 77th Street.

In conjunction with the New York show, Lanvin creative director Alber Elbaz will curate a public presentation of three sculptures by César in Paris. The Luxembourg & Dayan show runs Nov. 1 to Jan. 18, 2014.