Both told stories of one another, shared laughs and ultimately stood side-by-side as they helped cut the ribbon on a brand new cancer research center in Camden. But it wouldn’t be the only time this month both men shared a smile for the camera.

A photo was tweeted over the weekend of Christie locking arms with Norcross during Sunday’s Eagles matchup against Dallas.

Also in the picture was Democratic political consultant Neil Oxman, a founder of the Philadelphia-based The Campaign Group.

A Christie spokesman confirmed the governor attended Sunday’s game but didn’t know whom Christie was with during the event. 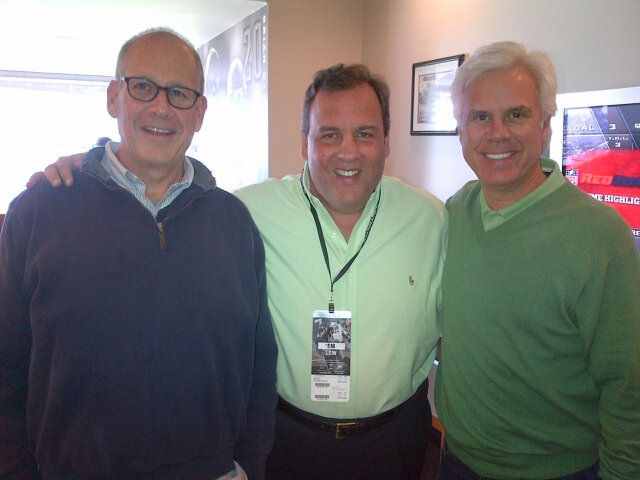