NEWARK – It’s a big tent party, even big enough to include Republicans – or Democrats – depending on who’s inside.

In this case it was Gov. Chris Christie, Essex County Executive Joe DiVIncenzo and Senator-elect Cory Booker, all throwing hearty hugs on one another in a blow-up tent on a vacant lot, a day after Booker beat Tea Party Republican Steve Lonegan.

There were football jokes.

“I’m happy for the mayor and his victory,” said Christie. “It was the first win the Giants had all year. Little did Tom Coughlin know he’d have to rely on a washed-up tight end from Stanford. Desperate times call for desperate measures, eh Cory?”

Booker was doubled over with laughter.

“He made a commitment to me to find common ground,” Booker said of his earliest collaborations with the Republican governor. “I’m really proud.”

DiVincenzo sat nearby in the front row.

“This could not have been done without Joe’s relentlessness,” said Christie, two days after his opponent in the gubernatorial election, state Sen. Barbara Buono (D-18), called out the governor for embracing the ELEC-complaint embattled executive.

It was a new supermarket, by the way, a 60,000-square-foot project, and the benificary of the Economic Development Act of 2013.

In their last debate, Lonegan bashed Booker for not spending more time on the campaign trail with Buono.

Booker has a weekend campaign event on the calendar with the Democratic nominee for governor, who attended the senator-elect’s party last night at NJ-PAC.

But, with the press – all but the cameras – shoved against the food tables of the tent far removed from the podium of power, Christie got to Booker  on the day after. 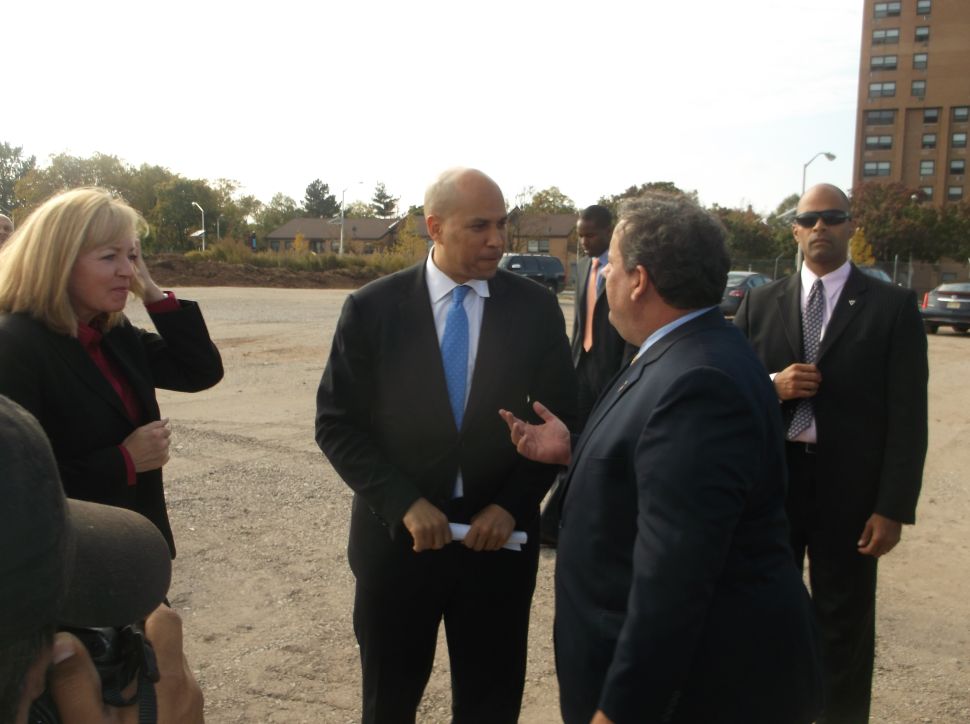