VINELAND – As Gov. Chris Christie stepped off his campaign bus to chants of “Christie, Christie, Christie” in Vineland on Thursday afternoon, it was the open arms of friend Martin Perez that the governor fell into.

It’s been eight months since the Latino Leadership Alliance PAC, headed by Perez, officially endorsed Christie’s re-election bid and, by all accounts, Christie was happy to be on the ground in South Jersey.

“This is a full South Jersey day,” said Christie along his walk on Vineland’s main drag.

“South Jersey is incredibly important,” he said. “I’m happy to be back down here.”

The stop was one of nearly 50 that he’s embarked on across the state in the final days of the gubernatorial race. His opponent, Democratic gubernatorial nominee Sen. Barbara Buono, failed to snag the endorsement of the Latino Leadership Alliance despite Christie’s Democratic predecessor receiving the group’s nod when Christie challenged him in 2009.

Inside a Vineland shop the popular Republican governor posed for pictures and threw his arms around the three GOP candidates hoping to unseat the district’s state representatives. He declared his support for the hopefuls in the battleground district, but it was Perez who he first embraced after stepping off the bus.

“It’s very important to us that he’s here,” said Perez, a New Brunswick attorney who was in Vineland last year when the city of more than 60,000 elected its first Latino mayor.

Perez, who late last year was appointed by Christie to the Rutgers University Board of Governors, said the governor’s support for the Latino community cannot be dismissed.

It was here in South Jersey then that the governor’s campaign bus stopped and he shook hands with supporters.

His South Jersey visit, unlike his more recent stops to the area, was without Democratic Senate President Steve Sweeney. Both men have appeared together – not on the campaign trail, per say, but as elected officials – in the lead-up to the November election at numerous events.

Of course, this was a campaign event and Sweeney – who worked to block Perez’s nomination to the Rutgers’ governing body – was not present.

“He received us with open arms,” said Vineland Mayor Ruben Bermudez, referring to the governor hosting him in Trenton for a sit-down after Bermudez was elected to talk about the issues affecting the new mayor’s city.

A third of Vineland’s population is Hispanic and Jose Sosa, president of the Americas Alliance Group and the Republican National Hispanic Assembly of New Jersey, will remind you that the Latino population is growing in the area. 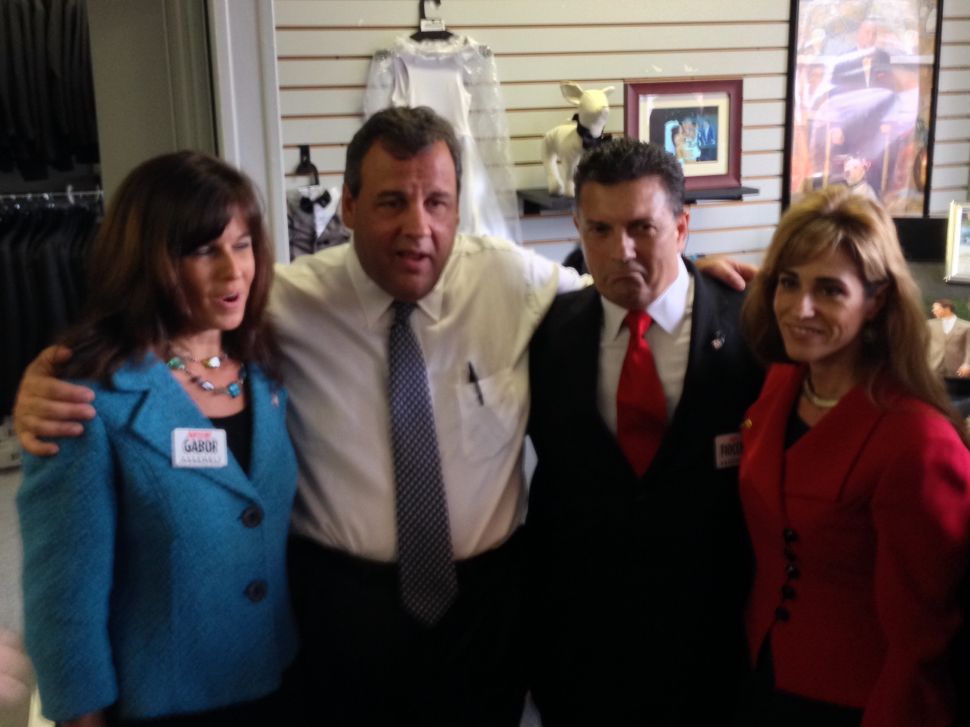