FAIR LAWN – Gov. Chris Christie stopped for a moment during a Wednesday campaign stop in Bergen County to bluntly state why incumbent State Sen. Bob Gordon, (D-38), Bergen, should be ousted from his seat.

“He’s an obstructionist and has not been willing to be bipartisan in any way,” Christie said immediately after speaking to more than 100 people at the Fair Lawn Senior Center and before continuing his statewide bus tour. “And anything he says to the contrary is just opportunist.”

Christie’s comments came after the governor called on Legislative District 38 voters to vote for the GOP slate, led by Oradell attorney Fernando Alonso. The Bergen-based district is one of a targeted handful that Christie is focused on in the final days of the campaign in his push to put the state Senate in Republican hands.

“Senator Bob Gordon, over the course of the last four years that I’ve been governor, has always been pushing for higher taxes,” Christie said to the Fair Lawn crowd. “He’s voted three times to raise the income tax. And the only reason that the income tax hasn’t gone up is that I vetoed it three times.”

Alonso, however, cited Christie’s visit as a sign that LD 38 could go over to the Republicans.

“This stop is for him, but the more people know that I’m with him, and that he’s with me, the better,” Alonso said. “The warmth you see in this room for Christie will move towards our slate when they see that they need people like myself to help the governor in Trenton.”

As for Christie, he hopes to come in from the cold in Bergen – he narrowly lost the county to former Gov. Jon Corzine in the 2009 gubernatorial election.

“I know that this election will only be really meaningful and important for me if I win Bergen County this time,” said Christie, who lost Bergen by about 6,000 votes four years ago. “There is no way that I can win Bergen County without a really strong, supportive turnout from people like you in Fair Lawn. Roll the dice one more time. Take another chance for me for another four years.” 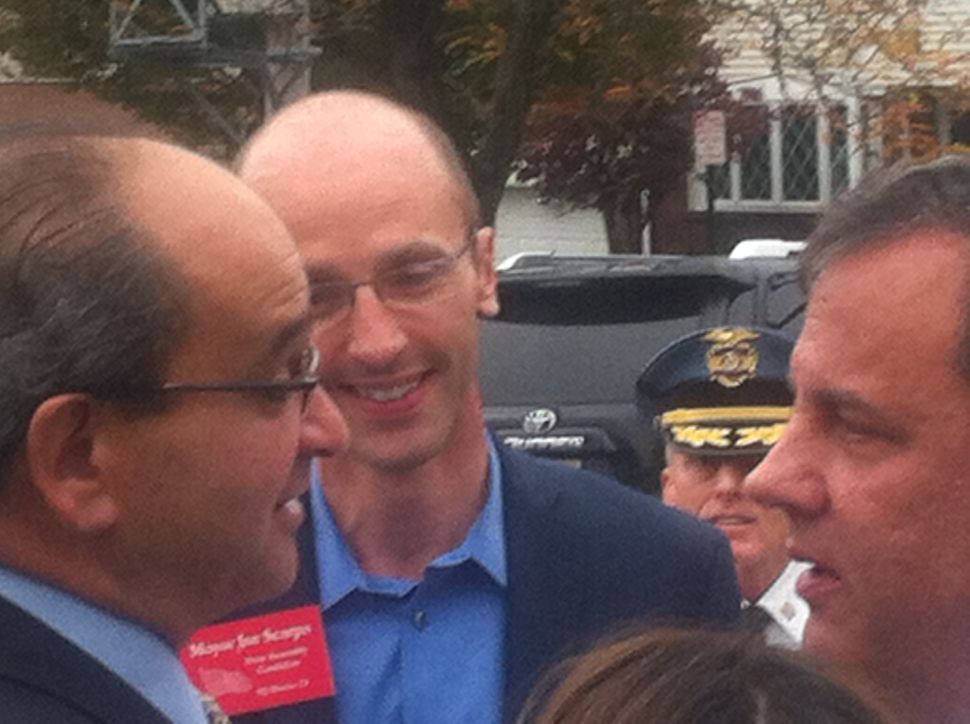