And again, tempers briefly flared at the second and final gubernatorial debate.

The exchange began when Sen. Barbara Buono was asked by debate panelist Michael Aron whether she would support legislation that would put an end to big payouts for sick pay.

“You can’t take away something that people have earned,” responded Buono, indicating she would work to “end these abuses” but wouldn’t change the rules for current municipal employees.

In response, Gov. Chris Christie took a shot at the Democratic hopeful.

“She is in the pockets of local unions,” he said, explaining why she is reluctant to support such a bill in the Legislature.

It wasn’t Buono’s opportunity to respond. But she did anyway, telling moderator Mike Schneider that Christie hit her with a “personal attack.”

“I’m not in anybody’s pocket,” Buono said for at least the second time in the debate. “I’ve run against the bosses time and time again. … Nobody controls me.”

The response spurred yet another reaction from the mostly docile audience at Montclair State University, this time in the form of scattered cheers.

“Do you feel better now?” Schneider said to the audience.

The exchange came after tempers flared earlier in the night after Buono accused Christie of being in the pockets of the state’s political bosses. 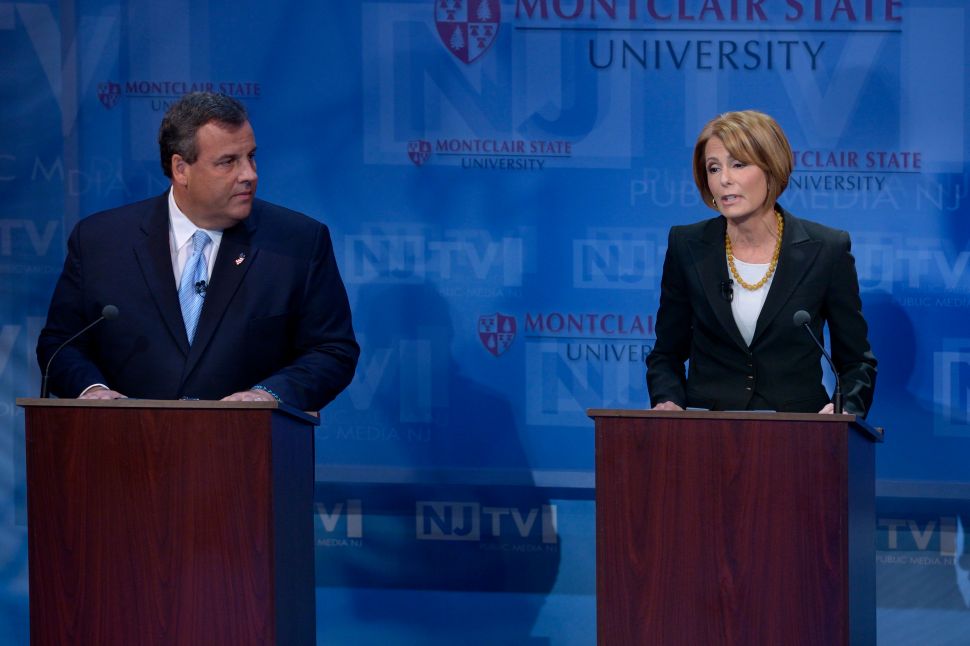