Lonegan had Tea Party favorite Sarah Palin in yesterday to campaign for him in New Egypt and his longtime advisor had a profanity-laced meltdown over the phone last week with a reporter from Talking Points Memo.

Rick Shaftan, Lonegan’s long-serving pollster and campaign saddle pal, chalked the incident up to not being able to trust anyone anymore.

Lonegan ditched him, and today didn’t apologize for it, just after pointing out that his Democratic rival’s campaign, that of Newark Mayor Cory Booker, is falling apart.

“Their campaign is collapsing,” said the Republican mayor of Bogota. “They have no support. This is what happens when you don’t run a real campaign.”

As for Shaftan’s fate,  “There is no such thing as off the record with a reporter, I learned that in college,” said the Republican nominee. “This guy calls him up – a very creepy thing to catch him like that – but it was a stupid thing (for Shaftan) to do.”

Shaftan went bonkers with locker room profanities as he tried to figure out with TPM reporter Hunter Walker the male meaning of Booker’s genteel twitter exchanges with a West Coast stripper.

Lonegan bounced him in the aftermath of the story Friday.

“I don’t talk that way,” the candidate said. “I have two daughters and I never speak that way. It’s unfortunate because he’s been a good vendor, but you’ve got to do what you have to do.”

The Republican said despite Shaftan’s vanishing act, he has the momentum.

“There was no defining point in this race – the point will be on Election Day, but his has been about nothing except hard, steady work,” he said. “We’re going to win this election because we have the energy on the ground.”

There have been grumblings among Lonegan’s supporters that establishment New Jersey Republicans, including Gov. Chris Christie, haven’t done enough for the upstart candidate.

“Governor Christie has been great,” he said. “He did a fundraiser for us; my supporters feel he should be out doing door-to-door for me, but come on, there’s only so much he can do, and he’s doing it very well. I appreciate the enthusiasm. The governor’s been great. We’re going to win.” 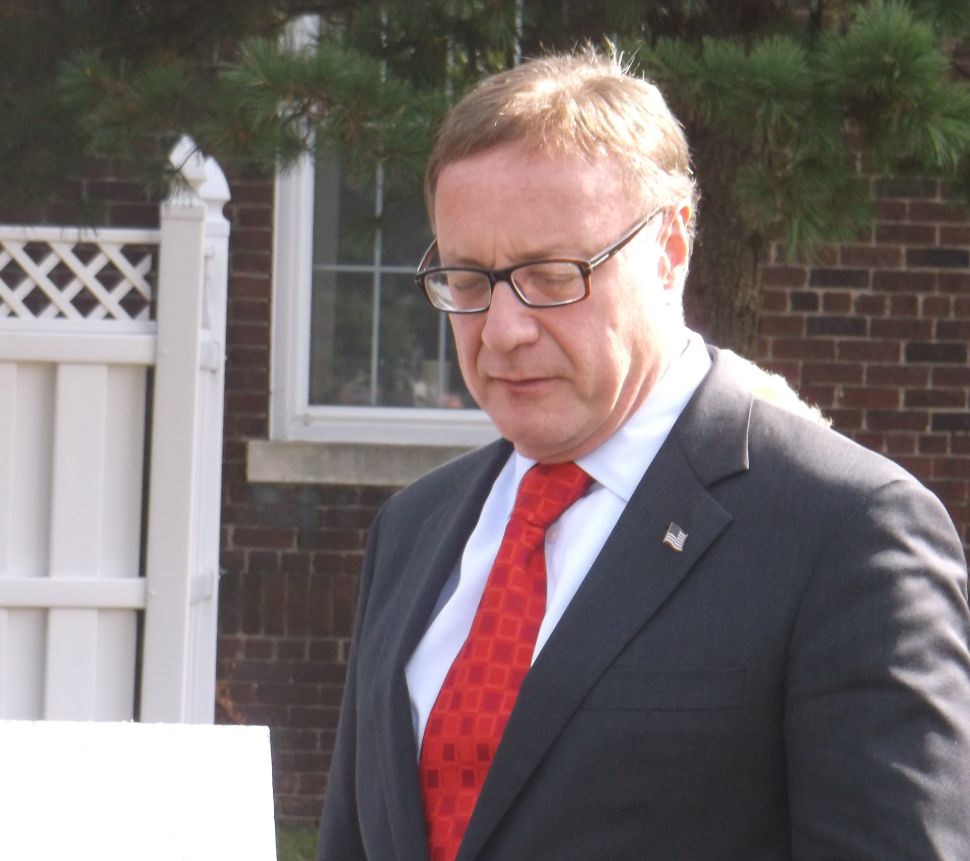