NEWARK – Call him Mr. October, his mood suggested as Cory Booker jumped up to the podium to claim victory at NJ-PAC.

On a Wednesday in October, 826,105 New Jerseyans went to the polls to participate in the Democratic process and reject cynicism, he said.

On the same day federal lawmakers said they reached a deal to reopen government after a 16-day jam up, Booker beat the Tea Party-backed Lonegan 56 to 43%.

“No election is ever inevitable,” he said. “It has to be earned.”

Schooled here for a decade in street level politics, he expressed gratitude to his home city.

“Thank you, Newark for emblazoning in me a simple truth – when we work together, there is nothing we can’t do or achieve,” Booker said. “We are founded to be great – to take back a sense of pride  – to engage in the kind of hard, humble service that reaches out to others.”

Lonegan bludgeoned the twitter-happy Booker for weeks, dismissing Booker as a creature of Hollywood, distant from the tough, crime-riddled streets here.

But Booker in his victory speech again focused on his local public record.

Booker promised to bring more voice to the voices lost in this state.

Booker’s father died last week, and he choked up as he recalled him, wishing Cary Booker was here tonight.

“Death can end a life, but it cannot end a love,” Booker said and was showered with applause. 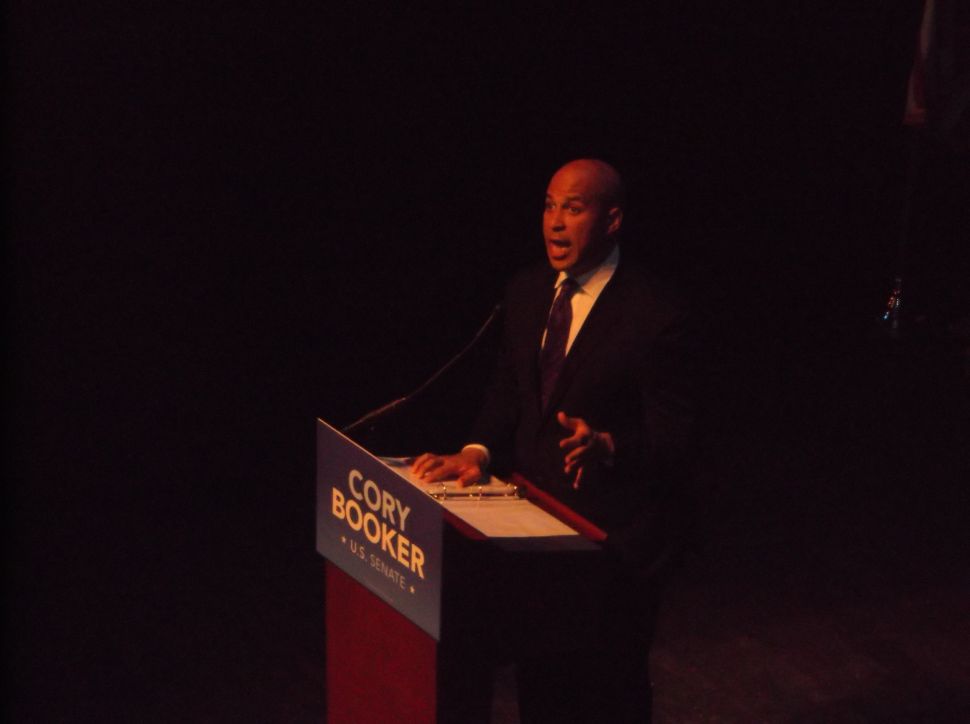