Window wipers slashed in a frenzy through a rainstorm in Monmouth County, as black SUVs converged on the grounds of Due Process Stables where party pooh bahs then made their way back to the club house to consider the matter of majority legislative leadership.

They’re there now, in fact.

They arrived from all corners of the state to an elegant, beautifully manicured golf course appointed with soaring estuary of jockeys in action, and oaken interiors summoning the grandeur of some latter-day Ernest Hemingway recreational getaway.

It’s not South Jersey, but this is George Norcross country.

Depending on who you talk to, the necessary handshakes have already occurred or will finally occur at a dining room table set for early dinner, but it boils down to Assemblyman Vincent Prieto (D-32) getting the speakership.

That means the end of the era of sitting Speaker Sheila Oliver (D-34), who ran afoul of Norcross two years ago in part because of her less than sturdy championing of charter school education, by the estimation of the South Jersey Democratic boss, and sagging relations between Norcross and Essex County Executive Joe DiVincenzo.

Prieto’s elevation represents a leap into another political stratosphere for the implacable Sacco, who once was content to stay in his own realm like neighboring boss state Sen. Brian P. Stack (D-33). There was a time when Sacco didn’t concern himself with an area code lacking the digits 201.

But now Sacco, a favorite target of Christie’s on the trail – the un-DiVincenzo, in fact, who draws as much criticism from the governor as Joe D. does praise – officially becomes a statewide player, adding six Hudson caucus votes to 12 down south.

Fetted by her fellow Essex County Democrats earlier this week, Oliver attempted to stay afloat on the throne, with her own rage against the machine effort undertaken in liberated but politically muted fashion, as Passaic, Middlesex and Bergen moved to join Hudson and South Jersey in support of Prieto.

That adds nine, maybe as many as 11, for a caucus majority.

Middlesex could lose seats. LD 18 is in play for the GOP, as evidenced by Christie’s presence there earlier this week, campaigning with the Republican ticket.

Norcross’s South Jersey allies could take casualties, in LD 1, for example, a battleground, where Republicans are desperately trying to finish a wounded Assemblyman Nelson Albano (D-1).

Then there’s Bergen, where incumbent Democrats in LD 38 could lose.

The audacity of this evening’s deal-making for Prieto is meant, in part, to send a message, in the words of one confident Democrat: the polling shows incumbents prevailing despite the GOP’s effort to ride on Christie’s coattails.

“There’s no reason to wait until after Nov. 5th to do this,” said a snarky Democratic pol crunched over his BlackBerry. “We already know the results.” 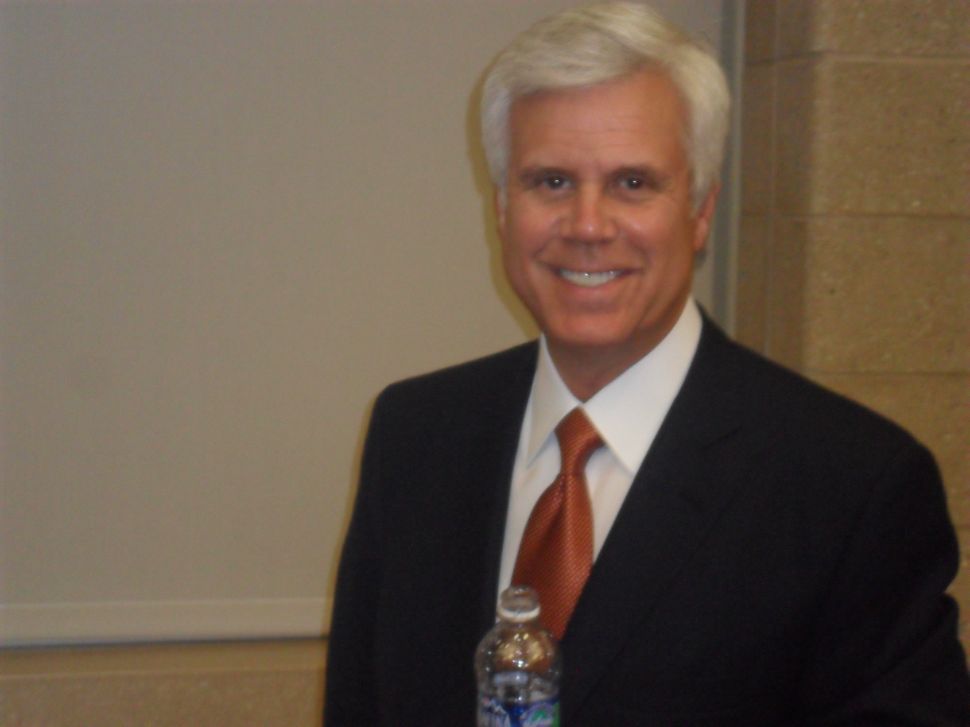