NEW BRUNSWICK – Sen. Barbara Buono’s gubernatorial campaign has received support from national Democrats, though officials aren’t prepared to say just how much the Democratic hopeful’s been given during her bid to unseat Republican Gov. Chris Christie.

Congresswoman Debbie Wasserman Schultz (D-FL), chairwoman of the Democratic National Committee, told reporters during a campaign rally Monday the DNC has put “a tremendous amount of resources” into Buono’s campaign and backed the state lawmaker’s bid “consistently throughout.”

The statement comes as Buono runs a campaign that’s far behind the incumbent governor when it comes to fundraising.

Despite the gap on paper, Schultz says the DNC is backing Buono with significant support.

“Before any other race that we’ve sent staff to we had a staffer in Barbara’s campaign since January full time that the DNC has paid for,” she said. “So, we’ve been in this race from the very beginning. We’ve also provided digital support and plenty of grassroots assistance.”

When asked to put a dollar amount on the support, Schultz declined, saying instead exact figures “are not things we talk about publically.”

Schultz also wouldn’t indicate exactly what kind of support Buono’s campaign can expect between now and November, though she said the DNC will be there for the Democrat who’s trailing in the polls.

“You can expect us to continue to be totally supportive of the Buono campaign and everything we can to ensure we carry her to victory,” she said.

The chairwoman attended a rally at Buono’s New Brunswick campaign headquarters where Schultz urged about 75 to 100 supporters in the room to support Newark Mayor Cory Booker on Wednesday and Buono in about three weeks.

She railed against Christie, who she said has only been successful at “managing his brand,” not taking care of the state of New Jersey.

“That’s why over the next three weeks we need to make sure that you work hard to defy all the odds,” said Schultz, adding the interests of the people living in New Jersey are not reflective in Christie’s leadership.

“I’m going to ask you to do one thing and it’s the same thing that I asked folks to do yesterday when I was campaigning with Cory Booker, you’ve got to make sure – even though it’s hard – that you part with your most precious resource,” she said, before asking the crowd, “You know, if you’re a Republican, what do you think that most precious resource is?”

“Right, but what do we know is our most precious resource?” Schultz asked with the crowd responding, “Time.”

Schultz asked supporters to part with that “most precious of resources” in the coming weeks and urged them to work harder than ever.

“Women are good at defying the odds,” she declared. 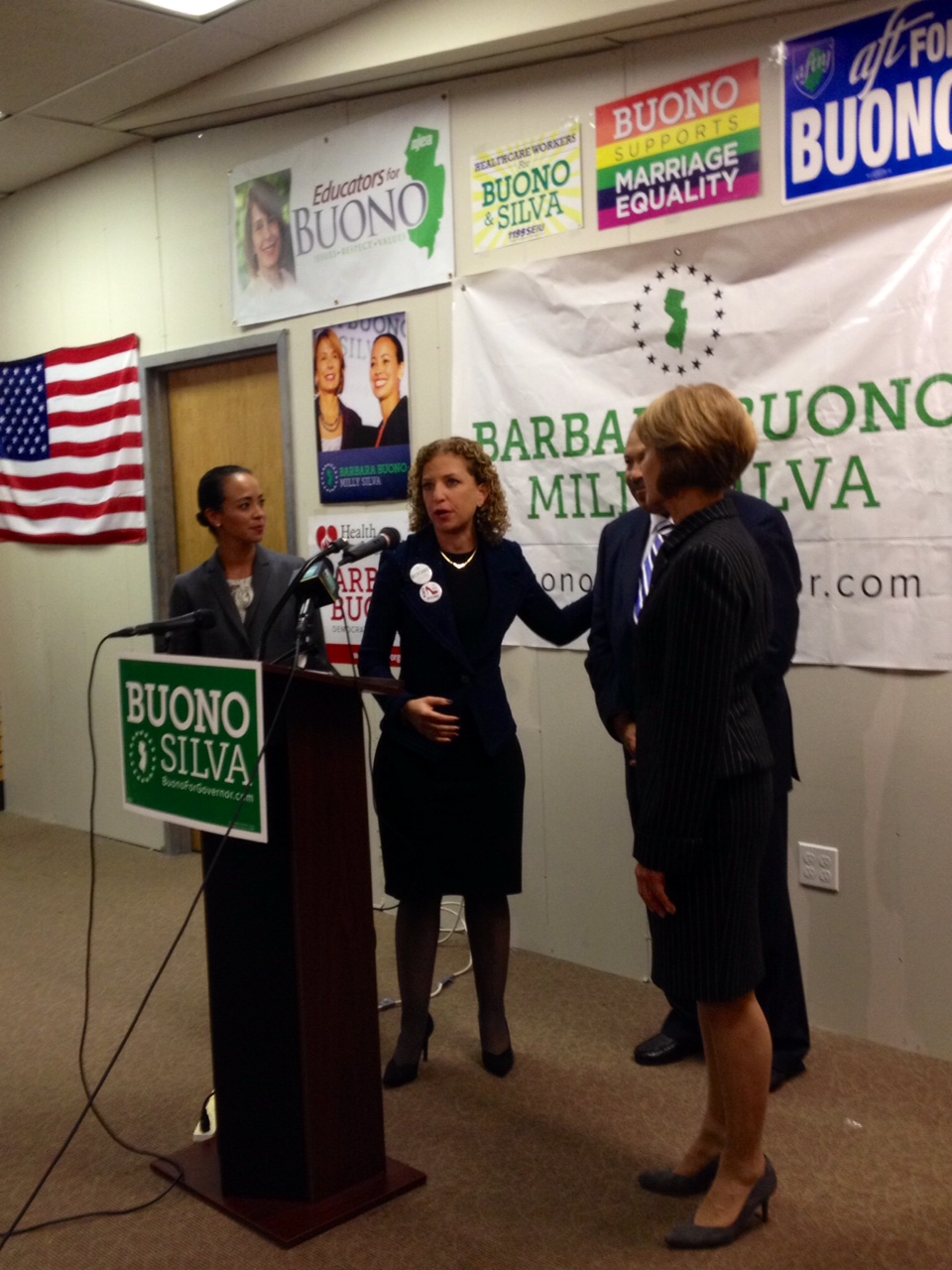