By more than a 2 to 1 margin (72 percent to 34 percent), respondents in this morning’s Rutgers-Eagleton Poll agree that Gov. Chris Christie’s self-description as a “fighter,” fits “very well” and is more apt than bully.

“Whether or not they all mean it in the same way, ‘fighter’ is the single word most applied to Christie by New Jersey voters,” said David Redlawsk, director of the poll and professor of political science at Rutgers. He added that since he started polling about the governor’s character traits in 2010, this is the first time fighter has been included in the list of descriptors.

The survey also shows that about two-thirds of registered voters see Christie as a “smart,” “strong leader.” Voters started to identify those traits more frequently following Superstorm Sandy’s assault on the state a year ago. “This perception of Christie as a strong leader has not only driven his high overall ratings, but has sustained their heights much longer than expected,” Redlawsk said.

Voters still assign many positive traits to Christie, but they are slightly less upbeat in emotional responses to him. Just under half are proud or enthusiastic, a drop of five and six points, respectively, since April. But Christie does not generate noticeably more anger (28 percent) or worry (31 percent).

Results are from a poll of 799 registered voters conducted statewide by live callers with landline and cell phone households from Oct. 7-13. The poll has a margin of error of +/- 3.5 percentage points. 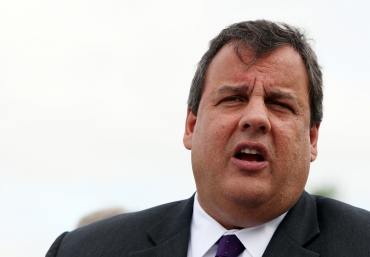