Camden Judge Fernandez-Vina, already approved by this committee when he was named to Superior Court, has the credentials for the bench, making it challenging – although not impossible – for Democrats to deep-six his nomination today.

The direction of the state’s top court was at stake then, and to a degree that will be the case today.

Surface tensions probably will be visible at times during today’s session, even if Fernandez-Vina sails through. Republicans harbor resentment to this day over the Democratic-controlled panel’s treatment of nominees Bruce Harris and Phil Kwon in 2012.

And the two nominees who followed them – Robert Hanna and David Bauman – still have not been granted Judiciary hearings 10 months after they were nominated by Gov. Chris Christie.

Sen. Ray Lesniak, (D-20), Union, one of the eight Democrats on the 13-member committee, framed the issues for his party.

“I certainly am open-minded on this appointment to the Supreme Court,’’ Lesniak said Wednesday regarding Fernandez-Vina.

He cautioned, though, that Fernandez-Vina “will be thoroughly questioned,’’ and the committee will consider how his answers could affect the independence of the judiciary.

It was Lesniak whom Christie blamed in August when he made the decision not to renominate Justice Helen Hoens but to supplant her with Fernandez-Vina.

Christie said that Lesniak had made it clear he would not support Hoens as payback for Christie’s decision not to renominate former Justice John Wallace several years ago.

Lesniak, who said he was just expressing an individual opinion, said Christie was giving him too much credit.

But he said the core issue that ties all of these judicial nominees together is still there: the independence of the court.

The court has made several far-reaching rulings – the school funding formula, the Council on Affordable Housing preservation, the five-month deadline on restoring affordable housing rules – that have angered the administration.

“The governor has made personal attacks on the court when he doesn’t get his own way,’’ Lesniak said.

But it’s the attacks on failed nominees Kwon and Harris that some Republicans to this day consider way too personal and irrelevant to the question of their credentials.

And they believe they are attacks not likely to be repeated today in committee room 4 of the Statehouse Annex.

“I think they’ve learned that they behaved badly, and it reflected poorly not only on the Judiciary but on all senators,” said Sen. Kevin O’Toole, (R-40), Wayne, the Judiciary Committee member whose strong defense of Kwon and Harris that day in Trenton could probably be heard in his home county near the New York state line.

“This nominee is qualified,’’ O’Toole said, “so I think it will be calmer, more higher-minded, and the talk will be about what his philosophies are.”

However, O’Toole made it clear that if the D’s want to tussle once more, the R’s will be ready.

“It appears he’ll have the support of the Judiciary, but if it melts down and they make it a political assault …. But I can’t imagine they’ll do that after that colossal blow-up.’’

“I’m hoping tomorrow will be a smooth session. We’ve had more than a little turbulence with regard to the confirmation process of nominees to the Supreme Court and it would be very heartening to see a fair process that can be run in relatively short order.”

Regarding the other two nominees, one of whom, Bauman, is a constituent, Kyrillos said that it is an institutional failure of the Senate that the appointments process has been run the way it has.

One of the reasons for the long-term vacancies is the politics of the situation.

After the Kwon/Harris drama, Christie blamed Democrats for politicizing the process, but the Democrats pointed out the governor – on his 2009 campaign trail – politicized it first.

The balance of the court remains a point of disagreement between the Democratic-controlled Legislature and the governor.

There are two vacancies on the seven-member court.

Democrats and some others have insisted that should Christie’s other two nominees win appointment, there would only be two Democrats on the bench, and they point to the tradition that has held the balance be 4-3 one way or the other.

Justice Jaynee LaVecchia’s registration is an old argument between Christie and Democrats over the partisan make-up of the court.  LaVecchia is unaffiliated in her voter registration and has been since she began voting.  Democrats maintain she is a Republican because she served in two Republican administrations, but Christie says there is nothing to indicate she is a member of the GOP and points to her rulings, which have gone both ways.

Although this session today may not be as volatile, Lesniak said the core issue will be present in the room: “Christie tried to make (the court) his personal fiefdom,’’ and the Democrats will fight that. 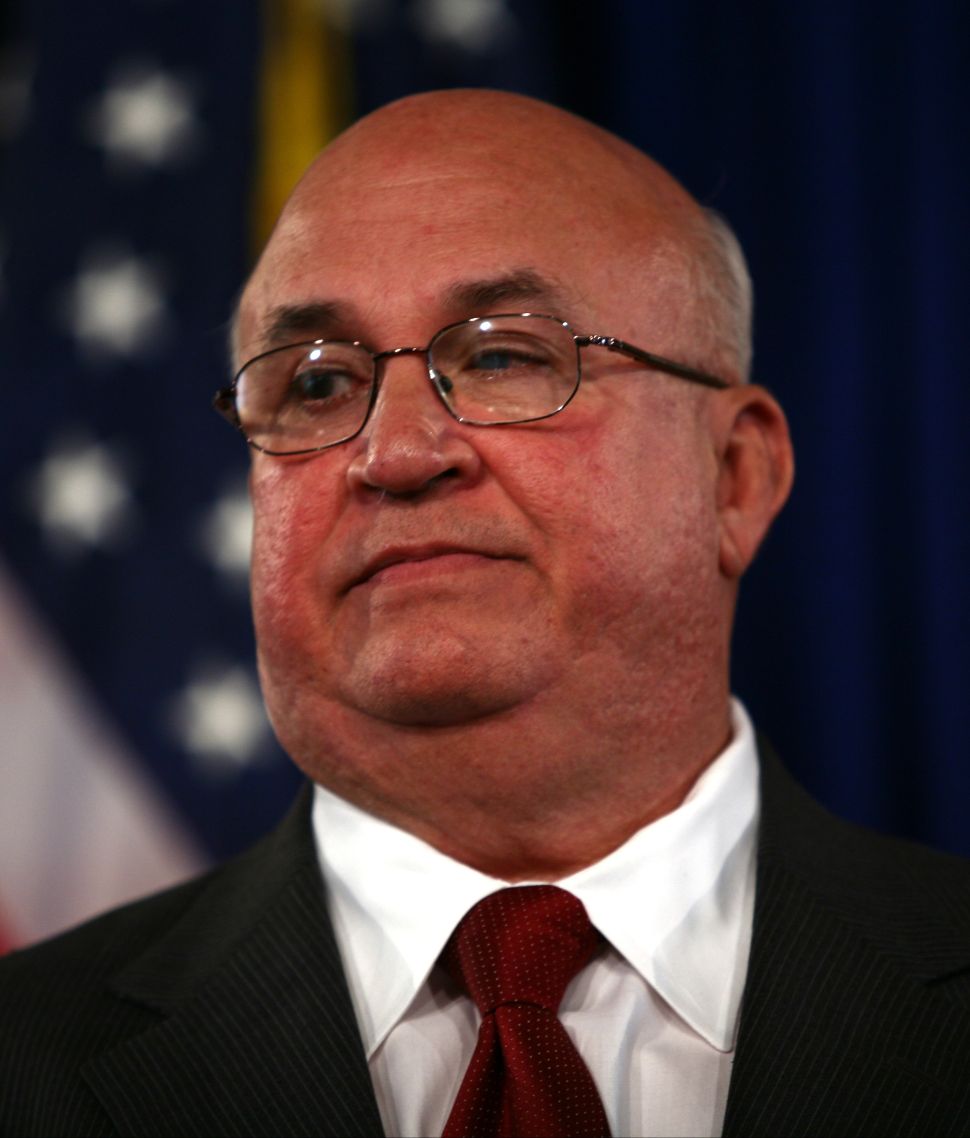