It may well materialize as the fight of the year.

A South Jersey source once told PolitickerNJ.com that if you’re going to go after Sweeney, you need to have a bazooka in the trunk.

Kean has a Trunk, as in Nikki, his LD 3 candidate for the state Senate, but the heavy firepower is in question when incumbent Republican Gov. Chris Christie keeps bear-hugging Sweeney in public.

Their styles never molded and meshed well to begin with, the ironworker from Gloucester County and the governor’s son from Westfield. During that 2010 budget battle you could already see the facial expressions of buoyant bipartisanship giving way like melted wax whenever one was in the company of the other.

Sweeney: The School of Hard Knocks.

Kean has had to do the Leonard Lance minority leader dance now for six years, standing as a symbolic reminder of the 1980s at the head of a 16-member caucus shackled to the Christie agenda. It gets old, say sources, and Kean wants to seize on the momentum the governor has at the top of the Republican ticket to get some wins and bulk up his numbers in the caucus. The trouble for Kean is that Sweeney and South Jersey played politics with this governor from the beginning, getting Christie’s support for key regional initiatives like overhauls in Atlantic City and the university and hospital systems; and for labor projects like Revel and the Bayonne Bridge. In the most common parlance of politics, Christie works for Sweeney and Sweeney works for Christie. To the hardest insiders insulating those two men, Kean comes across as a flailing interloper, inobservant of the backroom rules of power. But Sweeney too, has to be alert to the same poll numbers Kean sees. The fact that Christie leads Democratic challenger state Sen. Barbara Buono (D-18) by 25-30 points gives Democrats a tremor of unrest under their stiffest upper re-election lips. Throw in a blitzkrieg of independent expenditures and it’s gotten very ugly.

Christie and Sweeney, ironically, are playing by the rules perfected by Kean’s father, former Gov. (and former Speaker of the General Assembly) Thomas Kean, Sr., a patrician who cut deals with Democrats sooner than lead cavalry charges against entrenched positions. But the elder Kean, himself sensing opportunity, has joined the minority leader to campaign for Republicans in all corners of the state, including Sweeney’s own district.

Kean is putting resources into LD1, 2, 3 (Sweeney’s district), 14, 18 and 38. The move has made Kean a hero in those crumbled-down wallpapered GOP county committee pancake breakfast halls in South Jersey. Republicans who have long lived in Sweeney’s shadow rejoice in the minority leader’s chutzpah. But the same party critics of Kean’s say rather than charge Team Sweeney, he should have intensified fire on 14 (where former Sen. Pete Inverso is challenging incumbent state Sen. Linda Greenstein), 18 and 38, then, with those wins, command a position to rely on Christie-crats Brian P. Stack, M. Teresa Ruiz and Sandy Cunningham to swing control of the upper chamber to the GOP. Remember, it was none other than Kean, Sr. who used Hudson County Democrats to secure for himself the speakership.

Bucked up by the cozy version of Christie appearing with him in Gloucester but enraged by Kean’s recalcitrance, Sweeney reached for the Tambussi lifeline and this week challenged the ELEC filing of Nikki Trunk and specific contributions made by state Sen. Joe Kyrillos (R-13) and Kean.

It’s still unknown, as Kean allies pray for the perfect storm of Christie popularity and a final push for strategically placed candidates; and Sweeney holds onto redistricting models, name ID and cash reserves. Sweeney could lose in Kean’s best scenario – a result that would produce the story of the year. But sources say if Sweeney survives and strengthens his hand in the caucus with wins elsewhere, Kean could brutally suffer the consequences in his own caucus, whose members will not care to collectively suffer the wrath of a payback-seeking ex-ironworker. 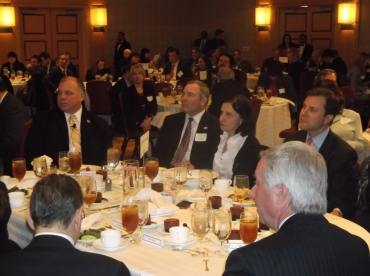