What’s faster? Watching a turtle wade through a path of peanut butter in a 5K or downloading a file? It’s probably the former, and according to new research, slow-loading files and computers is one of the most stressful things we encounter every day.

Storage company SanDisk surveyed 8,000 global computer users and asked them which of their computer ailments bugs them out the most. It was very bad news for the British: Nearly 30 percent of them said sluggishly loading files and apps annoy them so much that they lose sleep over it. On average, they lose five and a half days from slow computers, and another twenty percent said they express their gadget frustration by slamming it against the wall or ground.

However, Americans aren’t as frustrated. We only lose five days because of slow computers — the least of any country surveyed. Italians waste the most, with crappy computers eating up seven days of their lives.

The survey also writes that the Germans were “most likely to react aggressively” to malfunctioning gadgets, while Chinese and Americans have their temper most under control.

Good news is, that no matter what country you’re in or how frustrated you feel, it will always blend. 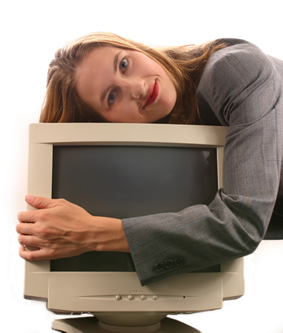