The former lawmaker, who stepped down from office a day before pleading guilty to the charges, was also ordered to pay back $32,500 to the charitable foundation he stole funds from and perform 50 hours of community service. The sentence was announced by the state’s acting attorney general.

“Citizens rightly demand a high standard of integrity from their elected representatives and other government officials who are entrusted with managing public funds and resources,” said Acting Attorney General John Hoffman said in a statement. “Mr. Coutinho fell short of that standard by misappropriating funds from a charity and failing to meet his financial disclosure obligations as a legislator.  He will pay the just consequences.”

Coutinho admitted cashing checks meant for his family’s foundation over a four-year period starting in 2008 and totaling more than $32,000 for personal use. 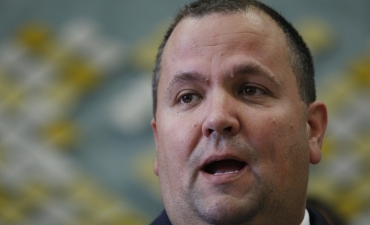