There may be something strange in the Museum Mile neighborhood, as the Transom discovered last Friday night. Thankfully, we had already called the Ghost Doctors, Pete and Stew Kandel, and the brothers agreed to take us on a tour of one of their favorite haunts: the Metropolitan Museum of Art.

When asked if a human needs to have died in the museum for “energies,” as they call them, to be roaming the halls, Dr. Stew answered in the negative. “I always say that ghosts just like to have fun,” he said, leading us into the Egyptian art wing. In other words, if a spirit enjoyed art museums during her time in the physical world, then she may fancy a stroll through the Met in her afterlife.

The Ghost Doctors told us to trust our senses when searching for spirits. “You pick up flowery, perfume-y smells,” Dr. Pete said. Some also notice drops in air temperature. “And women are much more receptive,” he noted.

But just in case the Transom’s womanly wiles wouldn’t be enough to lure in an energy, the brothers had also packed a laboratory of ghost-hunting equipment into a black doctor’s bag. There was an ambient thermometer to measure temperature drops, a Geiger counter and dowsing rods to pick up radiation, a laser grid to detect ghostly movements and electromagnetic field [EMF] meters. “A change in EMF means something’s going on,” Dr. Stew said.

We swept the Egyptian artifacts gallery, looking for sudden spikes on our EMF meters. Though our heart leaped as we detected a few preliminary spikes, the doctors attributed that to the museum’s electrical cables (the readings became measurably stronger when we held the meters directly above the floor). We moved on.

In the European sculpture and decorative arts wing, we spotted an EMF spike in an ornate room containing Louis XV’s oak writing table.

Dr. Pete produced his electronic voice phenomenon (EVP) recorder in the hopes of communicating with the energy. “If anybody’s here, we’d love to speak with you,” Dr. Pete said aloud. As the recorder ran, we each asked questions: “Are you a man?” “Did you work here?” “When did you exist in the physical world?”

Dr. Pete held the device to his ear and played back the recording. He looked serious. “I don’t want to say for sure that it’s something, but—”

He ran the recording for us, and our skepticism suffered a scare. We couldn’t deny the indecipherable, ghostly hiss that came in response to our question. The Ghost Doctors said they’d have to further analyze the recording on their home software.

Dr. Stew decided it was time to break out the dowsing rods: two skinny metal rods—one for each hand—that supposedly detect currents of radiation. If we felt a magnetic pull in a certain direction, we were to follow it.

Almost instantly, the rod in our right hand jerked to the right. We followed the metal tool toward a set of intricate, gilded doors. There, the rods stayed firmly parallel.

“If you’d like to communicate with us, cross the rods,” Dr. Stew commanded.

Two days later, we got a phone call from the good doctors: They had sent the EVP recordings to an audio specialist. “It’s something interesting and needs further research,” Dr. Stew said, adding that it would take some time for the audio results to come back. Like a proper man of science, he didn’t want to confirm anything without conclusive evidence. 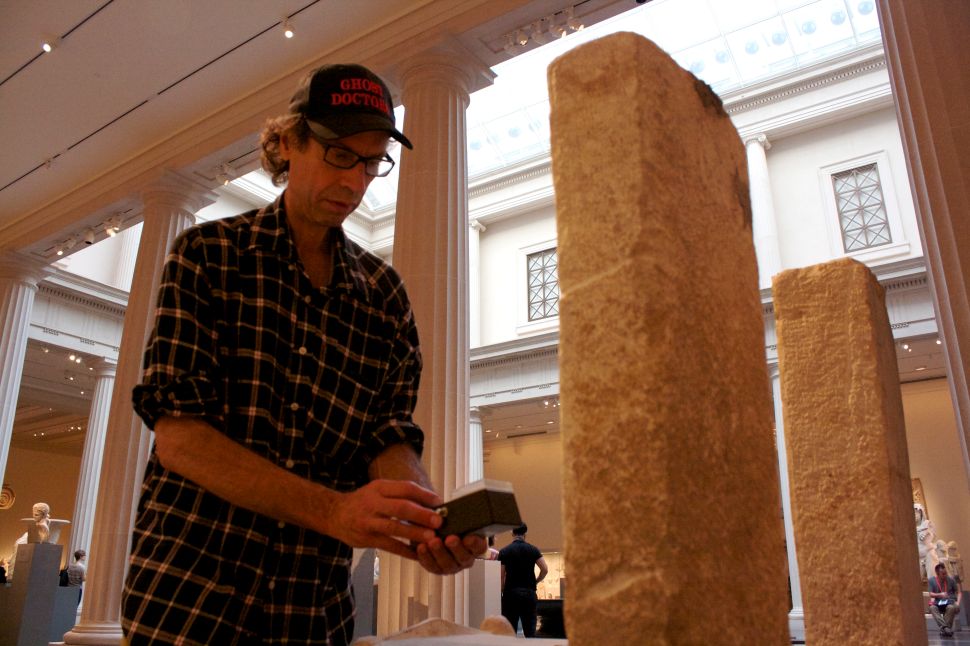