The way we connect with our friends, fund our businesses, shop online, and catch up on the latest news have changed dramatically in the past decade. Founders on the cutting edge of social media, crowdfunding, e-commerce, business services and online publishing are radically changing the way we behave online — but how much do we know about them? How did the people altering the digital landscape get their start, and where will they go next?

In our second installment, we talk with Indiegogo co-founder Slava Rubin about his early days as a fundraiser, Indiegogo’s no-judgment philosophy, and the future of funding.

Slava Rubin is a hustler — always has been. “When I was a little kid, like 12 or 13,” he told us when we visited him at the Indiegogo offices in downtown Manhattan, “I would always buy and sell trading cards — baseball, basketball, hockey, football cards. I would walk round different [baseball card] shows in my local area and I would [find] people who were selling their cards on liquidation, and I would say ‘Oh, so you’re selling one card that usually sells for ten dollars for six dollars. How many do you have?'” Once he learned how many cards were available, he’d make an offer.

Let’s say they had fifty cards. “[I’d say] ‘Why don’t I take all fifty for 150 dollars?’ They’d say ‘That’s crazy, kid’ and I would just whip out 150 dollars and they would sell it to me. But then I would walk around the show selling the ten dollar cards that [the vendors] were going to sell for six dollars, [and] that I bought for three dollars, back to people for five dollars. By the end of the show I [usually] made 200 dollars profit, so I would do that, like, every weekend.'” Rubin’s pride in his early business acumen is evident, and it’s not hard to see how he made the leap to founding Indiegogo. In addition to his fundraising instincts, he had a personal stake in creating a crowd-funding website. “In 2005 I launched Music Against Myeloma and that was really when I had a chance to learn first hand how frustrating it was to try to raise money and have access to capital,” Rubin explained. “My dad died from cancer in 1993, so that was really the [inspiration for the charity], and back then it was really difficult to use the tools that were currently available [to raise money]. Fast forward to 2006, [when] my two founders and I, Eric Schell and Danae Ringelmann, shared our mutual experiences with our [fundraising] frustrations.” Eric was a board member for a theater company, Danae was working with filmmakers and business owners, and Rubin had Music Against Myeloma. “We had this naive idea,” Rubin said, “Which is with the internet, the ultimate platform for democratization, why is it that access to capital is still all owned by gatekeepers — [so it’s all about] knowing the right bank, knowing the right VC, knowing the right person in the government. Why not allow anybody to raise money for any idea and let the crowd decide?” Indiegogo was originally a crowd-funding site for filmmakers, fitting given the three founders’ basis in the arts. Ambitiously, they were following a model set by Amazon. “[Amazon] started with just books, so we thought about which areas [we could] focus on and we thought that film would be a good industry,” Rubin said. “There were already people [in that industry] that knew how to tell stories and how to get people engaged, [and] they also had to be a little more tech savvy. But from the beginning we always wanted to [eventually] open up to every industry the way Amazon opened it up.” That moment came in 2009, and the response was immediate. “The remarkable thing is that as soon as we opened up everything started showing up: you had your local community projects like [an initiative] to build a park, or you have people raising money for cancer research, or you start seeing people raising money for [their] bands or just getting together to drive cross country,” Rubin said. Unlike its competitor Kickstarter, Indiegogo does not restrict itself to crowd-funding for creative projects. That openness is intentional, Rubin says. “There [are] no judgments with Indiegogo,” he emphasized. We asked him to name one of his favorite campaigns.

“The one campaign that I think helps me exemplify the entire process is Emmy’s Organics. They were actually a profitable business that had already been around for over two years, and they wanted to get a loan from the bank, [but] credit risk models [didn’t] allow them to get that loan. So reluctantly, actually, they turned to Indiegogo, and they raised the money they needed. They’re now distributing in supermarkets in virtually every state, and now they’ve hired more people.” When President Obama signed the Jumpstart Our Business Startups Act in April 2012, Emmy’s Organics co-founder Samantha Abrams was at his side. Only a few years ago, crowd-funding might have seemed both exotic and uncertain, but it’s quickly become a familiar concept among the creative class. We asked Rubin to account for the increased popularity of crowd funding platforms like Indiegogo. “People are very passionate about these ideas, and often [the reason they] only come up with these ideas on Indiegogo is because they’ve been rejected many other places through the traditional sources or through other platforms. All of a sudden there’s this authenticity that comes out [in their pitch on the site], and people just lock into that, whether they think that person is awesome or they think that the perks that they’d be getting back [by donating are] awesome, or they want to be part of the community.” As for the influx of celebrities using crowd-funded platforms to finance their projects, typically with the aim of having greater creative freedom than they would with studio financing, Rubin doesn’t think that will dilute Indiegogo’s appeal. “It sounds like a broken record but we’re a totally open platform, so there’s zero judgment,” he said. “We love having first time musicians who’ve never played a note be able to raise money on Indiegogo, and we love having Sylvester Stallone and his movie move over to Indiegogo and [raise] hundreds of thousands of dollars. Some people have more fans than others, which might make it a little easier for some people to raise money than others, but everybody needs to work hard at raising money. It’s really about having an authentic message, being engaging and putting the work in, and that’s independent of who you are, and we think everybody should have a chance. Rubin sees enormous growth potential for crowd funding in the coming years. “I think that by the end of this decade not only will [people] know about [crowd funding], but they might not actually even discuss it anymore because it will just become the fabric of funding.” As for Indiegogo, Rubin says, “We are just focused on the customer and constantly looking to improve the product, especially how it relates to mobile. There’s a ton of work to be done there, [and] even though we are the leading funding platform around the world, we think that there’s still tons to do around improving that experience.” Even with those developments on the horizon, Rubin hasn’t forgotten his original foray into fundraising. October 22nd is the date of his next charity event for Music against Myeloma. He’s opened an Indiegogo campaign for 2013. 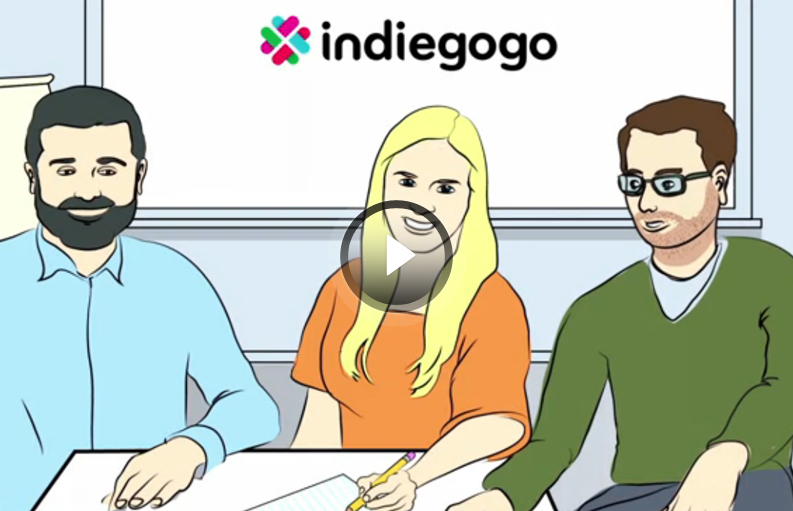