In what what edges into “weird Klout perk” territory, Fruit of the Loom is scouring LinkedIn users who switched jobs within the past month and giving them free underwear. It’s part of the company’s  “Start Happy” campaign to help people feel better and more confident for their new jobs. How nice!

According to PSFK, around 5,000 users on the networking site will receive fresh new pairs of underwear. Those eligible will get to select men’s or women’s pair (they don’t judge), a $5 coupon for a multipack of underwear and will be asked to brag about their new undies on social media since nothing is private these days. The campaign starts Oct. 15.


“We’re all excited for you about the new gig,” the message reads. “To show this, we’re hooking you up with a complimentary pair of Fruit of the Loom. Because great-fitting underwear can help you start your workday in a great mood.”

There’s nothing worse than greeting your new employers with a waft of poo, after all. 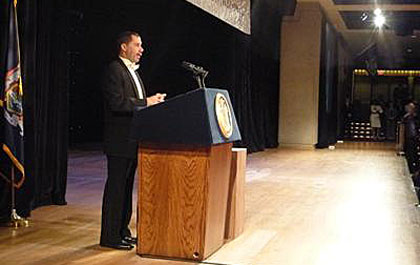 Filed Under: Startups, Innovation, LinkedIn, fruit of the loom