We’re still months away before Google Glass makes its splashy public debut, but the search company turned wearable tech manufacturer is already expressing confidence that it’s going to be a hit. In a recent speech, an employee of its top-secret development department said her team is already building a successor.

At MIT’s EmTech conference last week, Mary Lou Jepsen pulled back the GOOG’s cloak of mystery and hinted at what’s next for the face computer. Attendees prodded her for any hints aside from confirmation that the super secrety Google X lab is working on Google Glass: The Sequel, but she remain tight-lipped. (At one point, she said “Sergey insists…” in an apologetic tone  that made us wonder what kind of hell was in her future if she revealed too much.)

So, what did we learn? Ms. Jepsen is a big proponent for wearable devices, saying that “it’s coming, I don’t think its stoppable.” It’s like Google is investing heavily in that type of technology or something. And she loves Glass because it’s easier to take pictures, exclaiming “you become addicted to the speed of it, and it lets you do more fast and easily.” She also called the current version of Glass “lightweight” and “cool.”

She didn’t reveal what the next generation of Google Glass is going to look like, probably because she’s too tired:

Dspite keeping her mouth shut about what she and her team are building, she indicates they’re working hard, saying they’re “maybe sleeping three hours a night to bring the technology forward,” and that we may see what they’re working on next year.

OK Jepsen, get some rest. 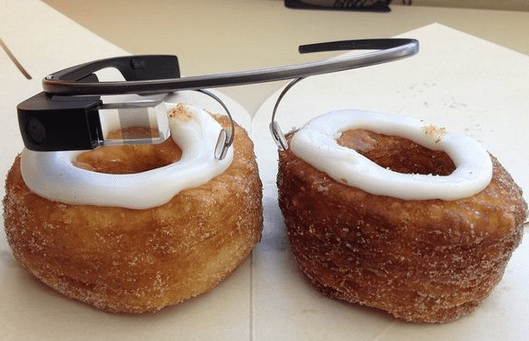