WAYNE – Out of the gate, the debate’s moderator didn’t sugarcoat it.

New Jersey is a blue state, said CBS News 2’s Kristine Johnson, so why, Sen. Barbara Buono, are you struggling in the polls?

Buono led off by saying there’s “nothing funny about what’s going on in New Jersey,” she cited the state’s unemployment rate and then said politics “is not supposed to be about entertainment.” But before she could go any further, the moderator interrupted.

Yes, Johnson said, but what about the lagging poll numbers in a predominantly Democratic state?

“This is a blue state and people are just beginning to focus on the race,” Buono responded.

And what about help from Washington, D.C., pressed Johnson, wouldn’t you like to have some help from the national Democratic Party?

“I’m focused on the people of New Jersey,” Buono said.

It was a tough start to the first gubernatorial debate for Buono, who received the first question and appeared to be slightly taken aback by being taken off her script.

But Gov. Chris Christie wasn’t let off the hook, either.

Bullying is a problem in our society, the moderator declared, asking whether having a governor who’s been described as a bully is “sapping” the dignity out of the office.

“What the people of New Jersey want is someone who is real,” Christie said with relative ease. “That’s what I’ve done.” 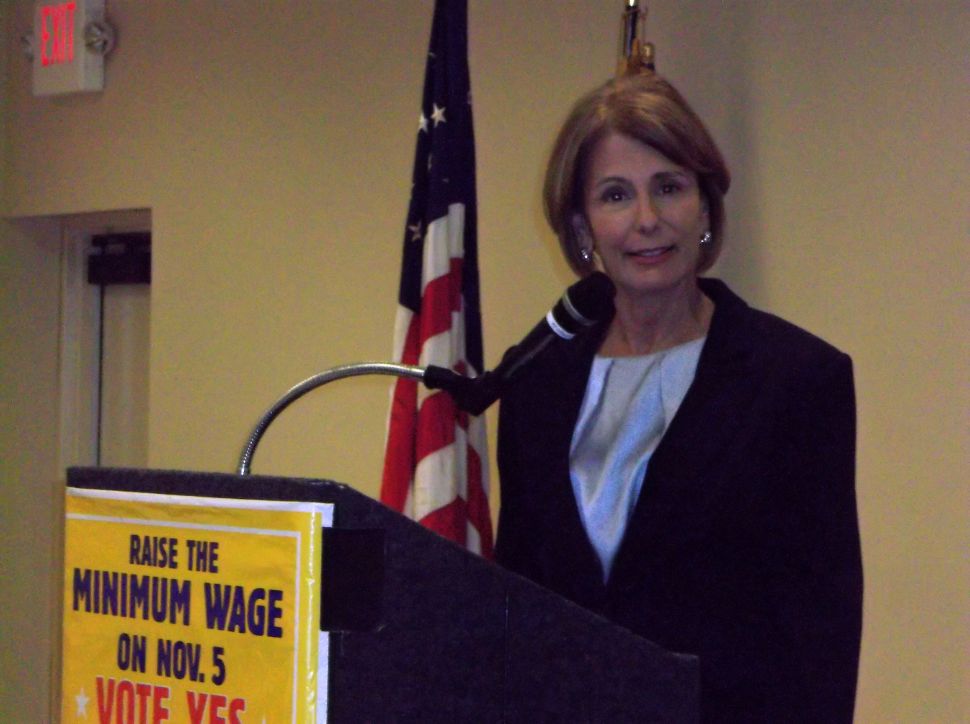