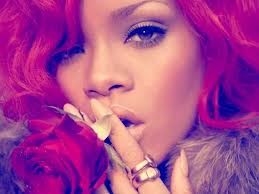 DIS Magazine and 89plus have announced the winners of their inaugural DIScrit 89plus ‘Younger Than Rihanna’ competition, awarded to emerging talent, born in or after 1989, across all artistic mediums.

There were two categories: an open public vote and an international jury prize, chosen by, among others, Hans Ulrich Obrist and Simon Castets–the founders of 89plus, which scopes out young talent. Niko Karamyan and Tierney Finster (b. 1992 and 1991, respectively)–a duo that makes videos and performances–won the public competition. The jury selected Riccardo Paratore (b. 1990)–whose work has involved living in an abandoned shop in Düsseldorf for a year–as its winner. They’ll each receive a €15,000 ($19,300) grant, will have their work exhibited this fall and will participate in the “89plus Marathon” at Serpentine Gallery, which takes place later this week.