There are a few things I might immediately buy with two and a half grand. A first-class trip to Paris. A pair of Charlotte Olympia boots. A year’s membership to the Printing House.

One thing I wouldn’t immediately gravitate towards? A $2,600 bottle of Scotch.

But while in Scotland I was given the opportunity to try one, and I wasn’t about to turn it down. I only hoped that one of the rare bottles of Glenmorangie 1963 wouldn’t be wasted on my novice palate.

Because, honestly, my knowledge of the alcohol didn’t extend further than my father’s liquor cabinet. But I was about to discover that not every whiskey is created equal.

Certainly, not every whiskey comes with race cars. Upon discovering that Lamborghini was celebrating its 50th anniversary, Glenmorangie decided to partner with the luxury car company for an excursion through Scotland. So in late July we drove Lamborghinis through the Highlands, from Loch Lomond to the Glenmorangie House, which serves as lodge and hotel, in Tain.

After a day of weaving up and down through some of the country’s best scenery, Paul Skipworth, president and managing director of Glenmorangie, handed a congratulatory bottle to Giorgio Sanna, chief test driver from Automobili Lamborghini’s research and development department.

“Giorgio’s made off to Bologna with one of the bottles,” chuckled Dr. Bill Lumsden, head of distilling and whiskey creation for Glenmorangie. That explains why you’ll only see the bottles labeled 1 through 49, not 1 through 50.

So, there are only 49 bottles of the Glenmorangie 1963 available in the world. And you do have to get them this year. Once these bottles are gone, the supply can’t be replaced.

While I knew I wouldn’t spit it out on the floor, I thought the pricey hooch might be lost on me entirely.

Since Scotch whiskey has a history in the United Kingdom centuries older than its existence at barbecues and boardrooms stateside, and drams of the dark liquor are consumed on every occasion, Scotsmen have a number of tips on how to indulge.

Dr. Lumsden put me at ease, suggesting that if I wasn’t a huge whiskey drinker, “Try it with soda or ginger ale. A lot of my peer group would think that’s a horrible thing to say, but it’s an enjoyable way to have it!”

Since no ginger ale was on hand (just a dropper), I swooshed around Glenmorangie Original, followed by the pricier whiskey, which Dr. Lumsden described as having “sherry-associated flavors like raisins and dates and walnuts, spicy cinnamon and ginger and lovely luscious fruits like peaches and pineapples.” That sounded about right.

Unlike Giorgio Sanna I didn’t whisk a bottle away with me. But if you want to buy one, I’ll be happy to turn up at your place with some ginger ale. 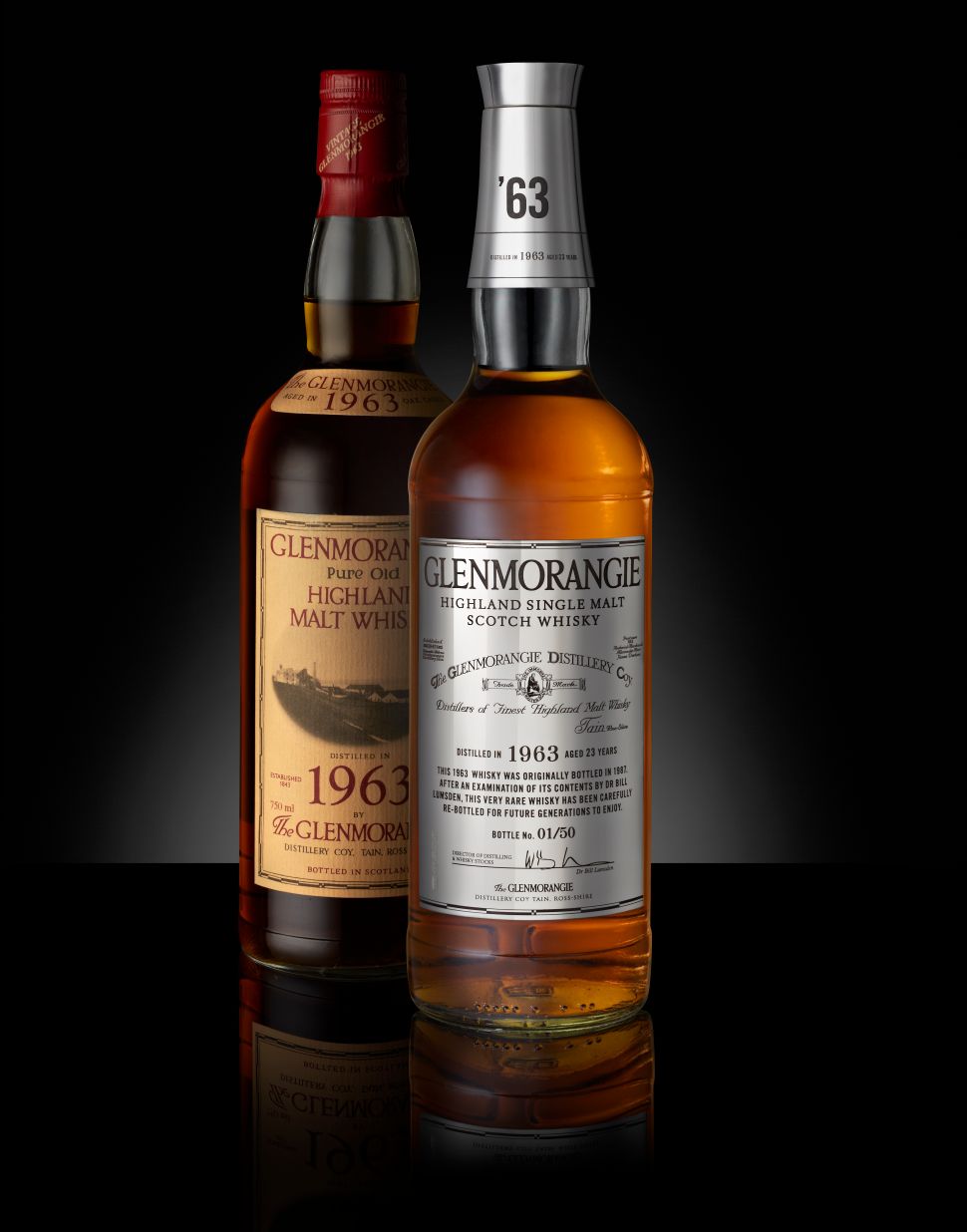