The Republican incumbent Congressman took it in stride.

“At its core America is built upon the belief that every voice has the right to be heard and every vote counts,” LoBiondo said. “As I have said previously, I welcome all interested candidates into the race and look forward to a vigorous discussion of the issues, their involvement in our community and the qualifications they would bring to representing the 2nd Congressional District.”

The announcement hit sideways the allies of state Sen. Jeff Van Drew (D-1), the Cape May area’s strongest Democrat and long considered a challenger to LoBiondo.

Van Drew is up for re-election in a battleground legislative district, and Republicans used Hughes’s announcement to uncork the issue of Van Drew’s focus.

“Jeff Van Drew owes it to the residents of the 1st legislative district to clearly state BEFORE this November’s state elections if he will be looking to vacate his Senate seat – in the event that he should win re-election – for his long-known and stated higher aspirations to run for Congress,” said GOP Chairman Mike Donohue. “The people have a right to know if they are merely being asked to elect a placeholder name, rather than someone dedicated to his obligations in Trenton for the next term.  In the choice between Van Drew and Republican Susan Adelizzi-Schmidt, voters have a right to know if Van Drew is merely attempting to use the State Senate seat as a stepping stone to higher office. Adelizzi-Schmidt is clearly not doing so.  Is Van Drew?”

Allison Murphy, Van Drew’s chief of staff, said of her boss, “He’s just focused on him and his team being re-elected in this election.” 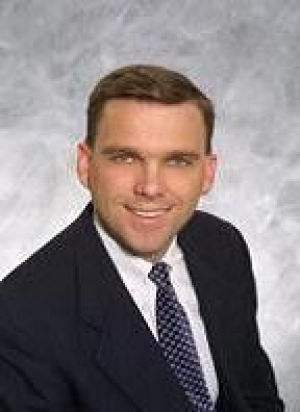