Fulop was here at a fundraiser in support of his longtime ally and friend Essex County Clerk Chris Durkin.

“For me, it’s complicated,” said the mayor, gesturing to the room of Essex friends conditioned by the words “Putting Essex First.” “But if Vinny decides to run, obviously I support Vinny in the name of Hudson County,” Fulop said. “I will stick with Vinny if he runs.

“And I don’t think that changes my relationship with anyone in this room,” he added.

DiVincenzo backs Republican Gov. Chris Christie’s re-election this year, and in this roomful of Democrats he tried to sidestep his allegiance by focusing on the future.

“With Essex and Hudson together, we can elect our next governor in 2017,” DiVincenzo said.

There was a flicker of a moment as the room digested the comment followed by the sound of a single hand clapping.

Durkin in his own remarks praised DiVincenzo while making clear his own loyalty this election season. “I’m a Democrat,” he said. “I’m voting for the Democratic ticket. I am voting yes to raise the minimum wage.”

For his part, Fulop, now in his 100th day in office, said he hasn’t decided on his own candidate for governor.

When PolitickerNJ.com asked him who he liked in last night’s gubernatorial debate, he said, “I didn’t see it. I was at last night’s HCDO dinner.” 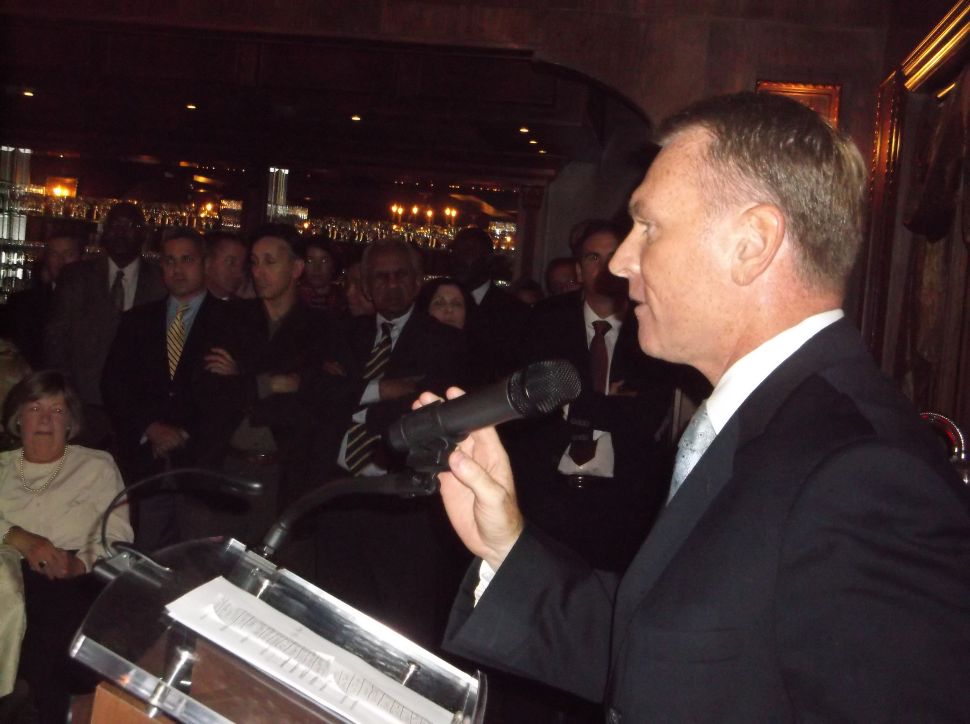