The last time he stopped by this Gateway to South Jersey Democratic Senate President Steve Sweeney stood by his side, celebrating one of the accomplishments of their $750 million higher-education classroom-building project.

That was a little over a week ago.  Today there were no high-profile Dems in sight. This was about back-to-basics, partisan drum-thumping for GOP candidates in a county that is a bit schizophrenic election-results-wise.

This is a county that voted for John Kerry over George W. Bush nearly a decade ago, and sided with Barack Obama over John McCain, but this is the same place that gave Christie about a 47-43 percent edge four years ago when he ousted Jon Corzine.

That was a point Christie mentioned today as one of his two indicators (taking Jim McGreevey’s home town of Woodbridge was the other) that he knew on election night four years ago that he had captured the governorship.

But he stressed today that he needs legislative help in order to progress in a second term.

“We’ve gotta do much better here,’’ he told a jammed campaign headquarters. “It’s not going to mean nearly as much if I don’t get more Republicans in the state Legislature.”

In this county that is still strongly an agricultural mix of coastal plains and rolling hills, the Republicans believe they can oust Sweeney, and insist that he is vulnerable.

The campaign has led to some heated rhetoric and early boasting by GOP Senate Minority Leader Tom Kean Jr., as well as a little anonymous, whispered grousing by some party soldiers that it would have been nice to see the big guy down here a little earlier than this.

Senate candidate Niki Trunk said today that she has no problem with Christie’s bipartisan photo-op with Sweeney; that’s the governor doing his job.

She said she has to pay attention to basics of knocking on doors and advertising their message.

She said she received assurance during a conference call on Wednesday from Kean that when all is said and done they will have pumped more money into this Third Senate district than in any other Senate campaign.

“Senator Sweeney is absolutely nervous,’’ Trunk said today. “The key is getting people out to vote. We know this is in our grasp.”

Christie – on the verge of a trouncing of Sen. Barbara Buono in the gubernatorial race – phrased it this way for about a hundred faithful today: “The opponent is complacency.”

Then he repeated a rallying cry that he has used before: “America’s going to be watching (Tuesday night). “Who would have thought the country would be looking to New Jersey Republicans to give the party a boost.”

From here he headed to Vineland on a five-town South Jersey swing that will end on election day with stops in every county. 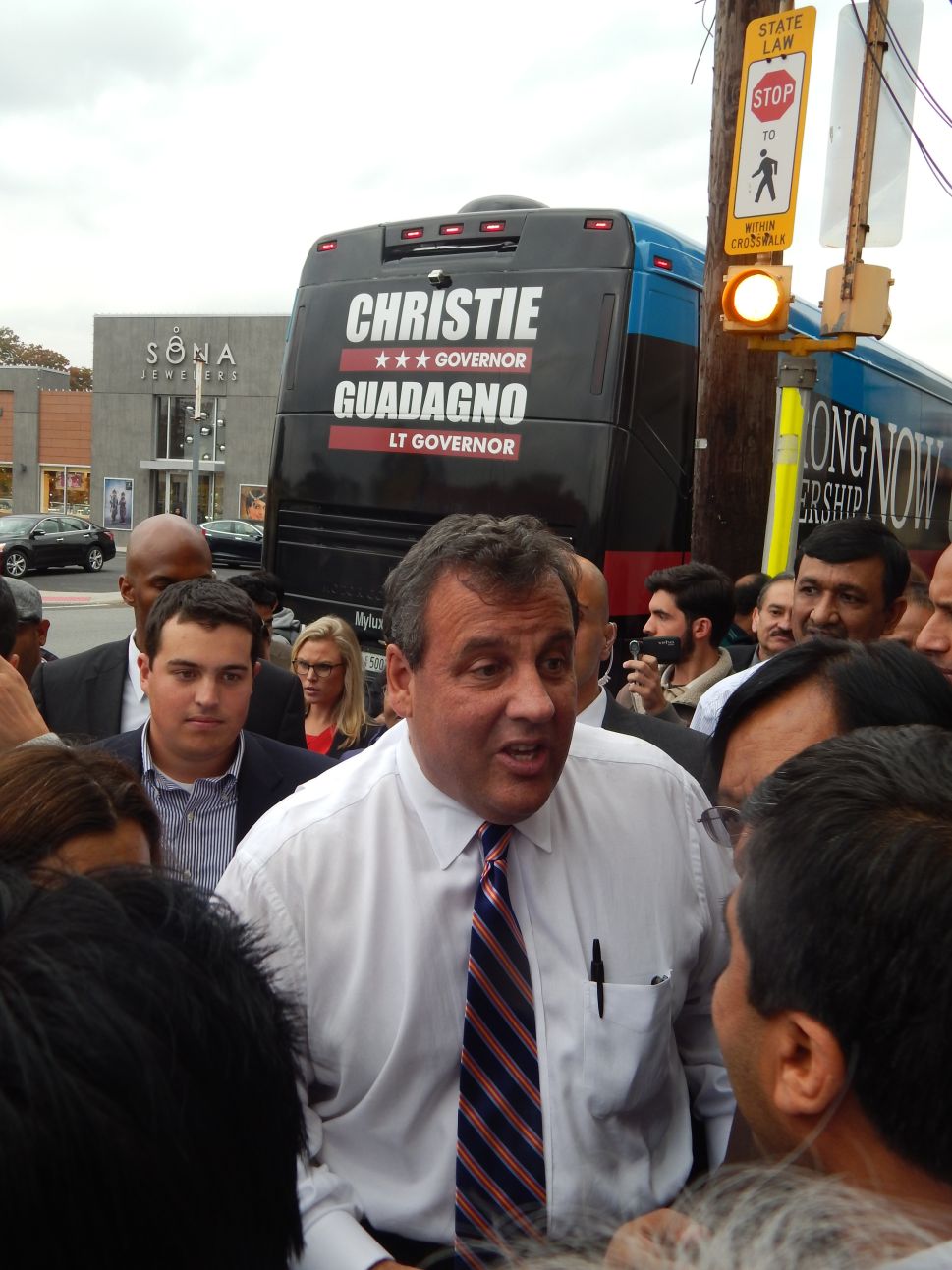